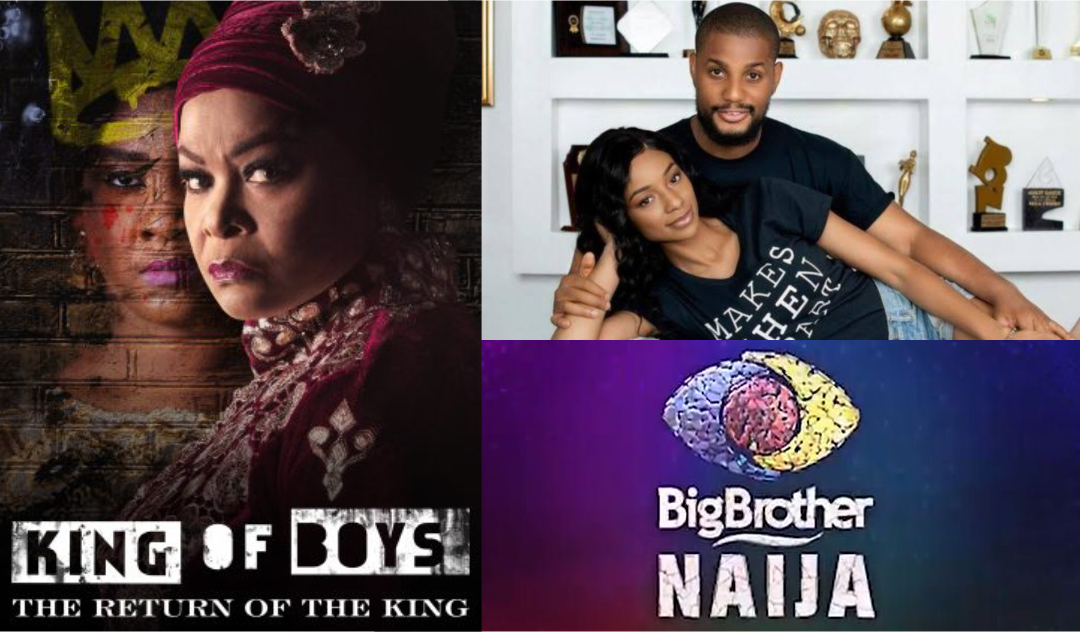 Blockbuster Nigerian crime political thriller “King of Boys” came back to TV screens during the week to marvel viewers with “The return of the King”.

The brilliant movie which was written, co-produced, and directed by Kemi Adetiba blew the minds of viewers with its remarkable storyline, amazing cast, and outstanding cinematography.

Movie lovers broke the Internet as they took to social media to applaud the groundbreaking story  “The Return of the King”.

A movie enthusiast, Samuel Otigba, in a tweet extolled the producer’s tenacity for quality production.

Another user, @Ewawunmi, praised the actors and the producer for their brilliance.

For Funmi Oyatogun, another commenter, all the actors were excellent in their roles

She particularly hailed actors like Sola Sobowale, Toni Tones, RMD and Chigurl for their roles.

Nigerian movie star Alex Ekubo and his American-born fiance have called it quits, cancelling their engagement.

Alex’s fiance took to her Instagram page to confirm their breakup.

“Hey guys, I am writing to inform you all officially that I have ended my relationship and engagement and I have called off the wedding with Alexx Ekubo.

“I am aware this may be a shock to many people. I made the best decision for myself, because it is important that everyone finds happiness and lives in their truth. At this time, my family and I ask for you all to please respect our privacy” she said.

The reason for the shocking separation is yet to be confirmed.

The couple has now proceeded to unfollow each other.

Big Brother “Shine Ya Eye” Season 6 housemates continue to entertain their viewers with their undiluted content.

This week started with the usual head of house game where all housemates rolled the dice to contest for the position of the week’s head of the house.

Liquorose won and emerged as the week’s head of the house, choosing Saga as her deputy.

Nominations proceeded over the week leaving Queen, Maria, JMK, Pere, Sammie and Cross up for possible eviction on August 29.

The weekend continued with lots of cash-attached tasks for housemates to participate and exhibit their unique talents.