A one-storey building on Ogere Road in Iperu on Thursday collapsed and killed two persons while illegally undergoing construction by the owners. 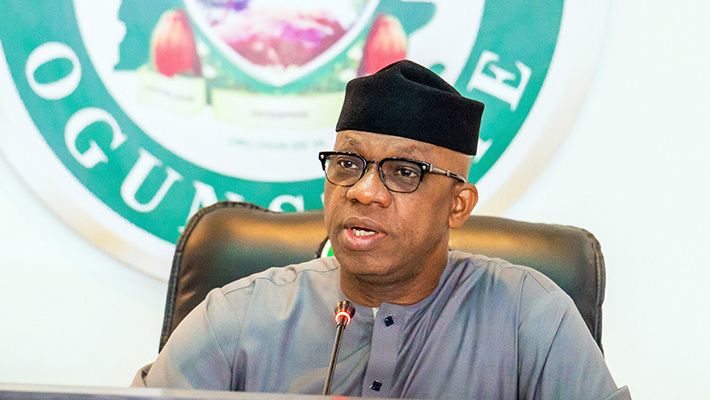 The Ogun state government has ordered an investigation into the collapse of a building under construction at Iperu in Ikenne Local Government Area of the state.

The state governor, Dapo Abiodun, gave the order in a statement Saturday by his Chief Press Secretary, Kunle Somorin, in Abeokuta.

A one-storey building on Ogere Road in Iperu on Thursday collapsed and killed two persons while illegally undergoing construction by the owners.

According to the governor, the four-man team comprises the Commissioner for Physical Planning, Tunji Odunlami and the Special Adviser to the Governor on Environment, Ola Oresanya.

Other members were Ololade Salami, the Special Adviser, Bureau of Lands and Survey, and Lanre Bankole, the state Commissioner of Police.

The governor urged them to look into the remote and immediate causes of the building collapse and report back in one week.

Mr Abiodun commiserated with the families of the deceased for the unfortunate loss of their loved ones.

He assured them that anyone found guilty of or culpable in the incident would be dealt with according to the law.

“No one who violates the building codes or regulations in the state will be allowed to go scot-free.

“Such person or persons will be made to face the full wrath of the law,” he said.

The state government had a few months ago warned against illegal construction, demolition and similar acts in the state without the required permits, promising severe action against the perpetrators.

The government had also ordered the relevant state agency to immediately seal off the property, while investigation continues.