The three factions are Governor Matawalle’s faction, the AbdulAziz Yari’s faction and the Kabiru Marafa’s faction. 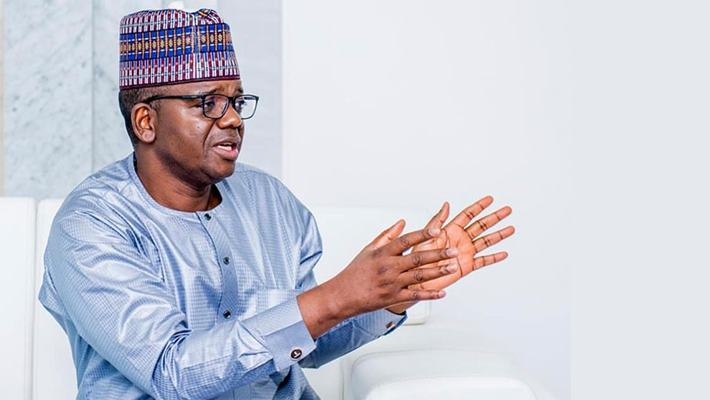 Governor Bello Matawalle of Zamfara on Saturday urged the factions of the All Progressives Congress (APC) in the state to sheathe their swords and unite.

Mr Matawalle made the appeal in Maradun, Maradun LGA of the state while addressing his faction of the APC delegates at the party’s Local Government (LG) congress.

There are three factions of the APC in Zamfara, namely, the Governor Matawalle’s faction, the AbdulAziz Yari’s faction and the Kabiru Marafa’s faction.

Speaking at the congress held in Maradun, the headquarter of his LGA, the governor said “I still insist that APC in the state is still one family because no court or even the national headquarters of the party has asked the party in the state to suspend its congresses.

“The fact that there was no court order or any instruction from the party’s headquarters stopping the congresses indicates clearly that the congresses are legal and acceptable,” Mr Matawalle said.

He, however, accused some people in the party of misguiding those criticising APC leadership both in the state and at the national level, adding that the time for bitter politics had gone, and that politicians no longer favoured bitter politics.

“This world now is a global village where developmental democracy thrives.

“Let us come together to build Zamfara state politically, economically and socially, irrespective of political differences.

“By these congresses, the state chapter of the All Progressive Congress (APC) has successfully elected officers that will conduct the affairs of the party at the wards and local government levels,” the governor said.

The Yari-led faction however boycotted the party’s congresses, with Mr Yari instructing his supporters not to participate, while describing the process as illegal.

His faction had obtained a Federal High Court order that the factions should “maintain the status quo,” pending the determination of the substantive suit.

The court at it’s resumed hearing on November 17, fixed December 2 for ruling on the suit.