The commendation was given during a courtesy visit by the Nigeria National Committee (NNC) of WAEC. 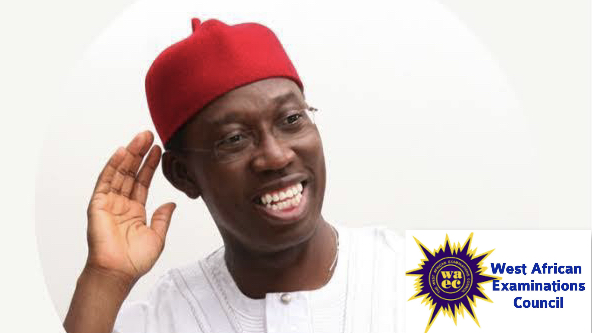 Governor Ifeanyi Okowa of Delta has commended the West African Examination Council (WAEC) for the effective conduct of examinations and proper assessment of students.

Mr Okowa gave the commendations during a courtesy visit by members of the Nigeria National Committee (NNC) of WAEC for its 60th meeting in Asaba.

“If you interact with the Commissioner for Education, you will see the giant strides the government has taken in the area of education in Delta.

“I am sure your coming to the state is not just to discuss the subject matter, but you see the level of knowledge we have here; we do not lack in giving information as it concerns national bodies,” he said.

Chike Edoziem, the Asagba of Asaba, said special attention should be paid to the quality of secondary schools and the educational standards.

Rose Ezewu, Commissioner for Secondary Education, said the state government had continued to prioritise the education system, adding that WAEC had proven reliable in conducting its examinations.

She pledged the Delta government’s support for the council through the state’s Ministry of Basic and Secondary Education.

Augustine Oghoro, Permanent Secretary in the Ministry of Basic and Secondary Education, said certificates issued by the council were equivalent to those issued internationally, adding that the council had formidable structures that ensured the smooth conduct of its examination.

Binta Abdulkadir, chairman of the National Committee Meeting of WAEC, commended Delta for its achievements in the education system, saying that the state had performed creditably.