“I pray you get the ticket if I dont get it, because, you are eminently qualified to be President of Nigeria,” Mr Umahi said to the senate president during a visit on Saturday. 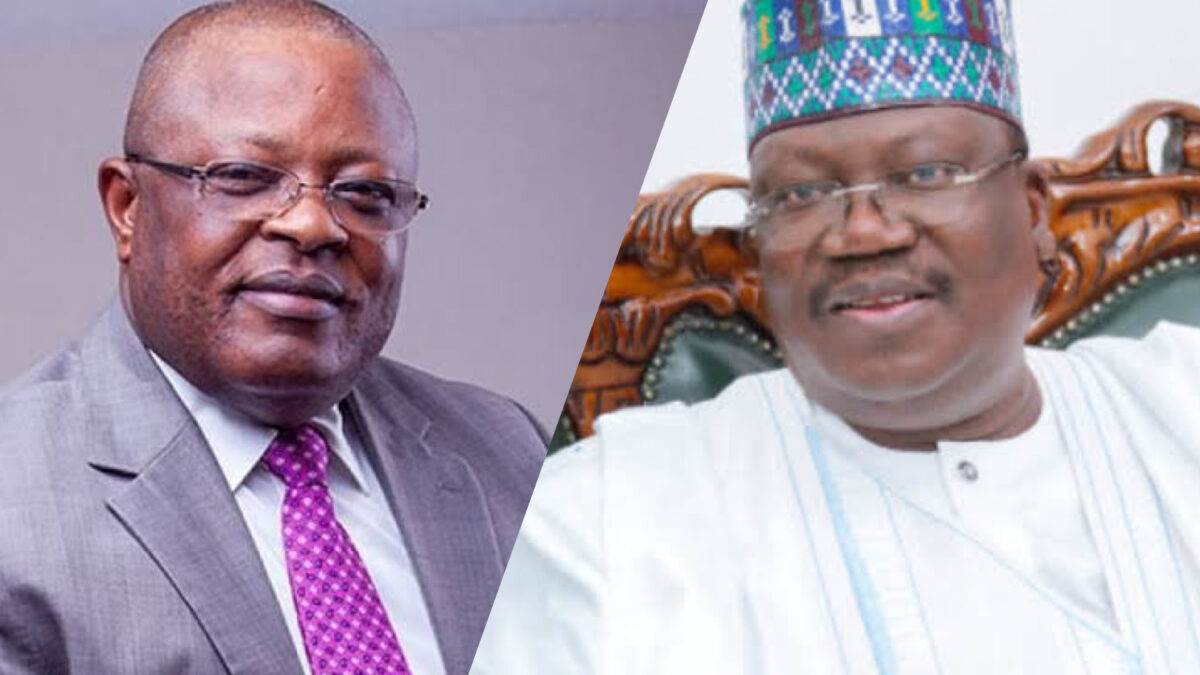 Governor David Umahi of Ebonyi State has reaffirmed his support to the President of the Senate, Ahmad Lawan, for the 2023 presidential election.

Mr Umahi, who has also expressed intention for the presidency, however drummed support for Mr Lawan on Saturday in his Abuja residence, when he hosted the senate president.

A statement from Mr Lawan’s media team, signed by Danladi Bako, said Mr Umahi restated his commitment to support Mr Lawan’s quest to emerge as the APC presidential candidate at the primaries scheduled for June 6 to 8.

Mr Umahi was said to have extolled the virtues of humility, teamwork, intelligence and unalloyed party loyalty demonstrated by Mr Lawan.
He also recounted how President Muhammadu Buhari spoke glowingly about Mr Lawan during his recent two-day visit to Ebonyi State to inaugurate projects excecuted by Mr Umahi.

“I pray you get the ticket if I dont get it, because, you are eminently qualified to be President of Nigeria,” Mr Umahi said.

Mr Lawan had earlier said the purpose of his visit was to seek the collaboration of Mr Umahi as well as his cooperation in their individual intentions to clinch the ticket.

Mr Lawan said Mr Umahi’s execution of infrastructural projects in the last seven years, “now makes Ebonyi an epicentre of beauty and development despite the lean resources accruing to the state.

“Indeed, Gov. Umahi worked assiduosly for me to emerge as Senate President in 2019, despite being in the opposition party, the People’s Democratic Party,” Mr Lawan noted.

The duo reinforced the need to support Mr Buhari in whatever decision he makes on the issue of selecting a candidate capable of winning the general elections, as well as keeping the party united and focussed.

Mr Lawan was accompanied on the visit by Senators Sani Musa and Barau Jibrin, as well as the Minister of Aviation, Hadi Sirika, among other APC cheiftains.