Governor Fayemi asked me to commit electoral fraud in APC but I refused: Adams Oshiomhole

Mr Oshiomhole said rather than submit to Mr Fayemi’s wish, he instead honourably resigned as APC national chairman. 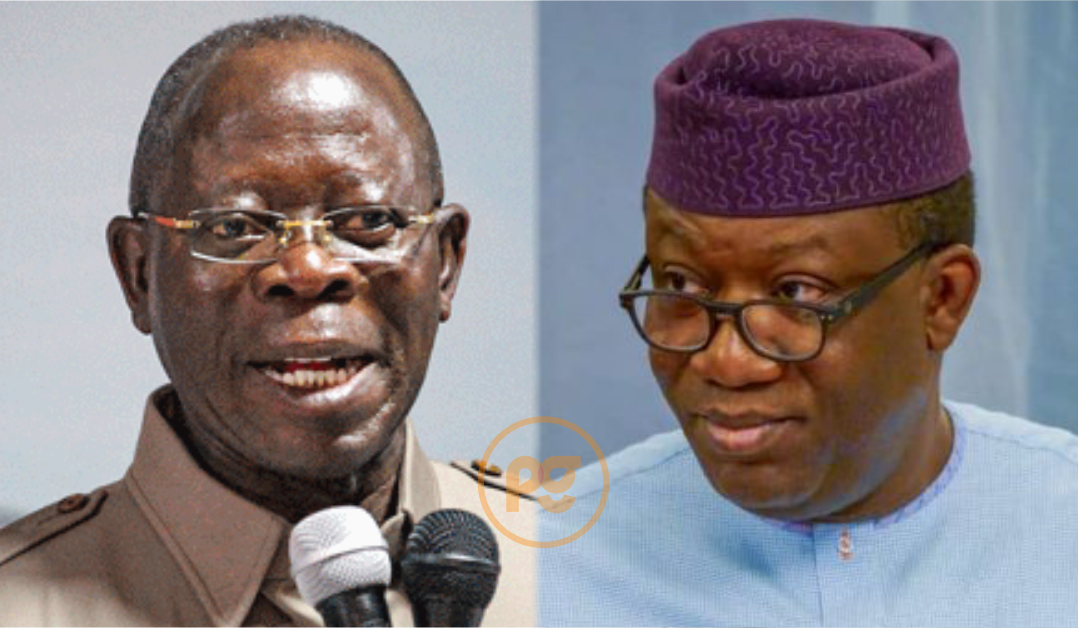 Former national chairman of the All Progressive Congress (APC), Adams Oshiomhole, has accused governor of Ekiti and APC presidential aspirant, Kayode Fayemi, of asking him to commit electoral fraud as the then sitting chairman of the party.

Mr Oshiomhole was speaking on an interview programme on Channels Television’s ‘Political Paradigm’, recounting his days and exit from the office as national chairman.

Mr Oshiomhole who said he was very proud of his accomplishments in office, boasted that he left with his honour when he was asked to resign his position as national chairman of the APC.

“I said it in one of the meetings I had with governor Kayode Fayemi who told me bluntly to my face that, “chairman, what we are saying is, you can go and conduct election to fulfil all righteousness, but when we say this is the person that should emerge, just make sure he is the person that emerge’.

“And I told governor Fayemi that, ‘that would be your own portion not me’. I cannot be used as an instrument of fraud, to invite people to buy forms when I have already decided, regardless of how people will vote, this is the man that will prevail.

“You want to use me for such a purpose, I said no, I said at worst, if you find the number to get rid of me, I will rather leave the job with my honour than sacrifice my honour to keep the job,” Mr Oshiomhole said.

The former governor of Edo State also narrated how President Muhammadu Buhari was always full of praises even in public, and how that landed him in trouble.

“President Buhari always full of praise for me, he said, ‘I will want you in Abuja, APC will need you in Abuja’”.

Not done with how Mr Buhari’s public admiration of him sent jitters down the spine of his enemies, who decided to stop him, said, “with those words and declaration in an open forum in Benin, that was where my enemies woke up that no, I must be stopped”.

Recall that Adams Oshiomhole was in November 2019 suspended by his ward chairman in Etsako Ward 10 in Edo State, Stephen Oshawo, for alleged anti-party activities.

A decision that was upheld by different courts, leading to the final dissolution of Mr Oshiomhole’s led National Working Committee (NWC) of the APC.

Since then, the former APC national chairman has struggled to remain politically relevant, both at the national level and in Edo State where his estranged godson, Godwin Obaseki, now holds sway as governor under the Peoples Democratic Party platform.