The governor said absolute dependence on crude oil will lead to the total collapse of public institutions. 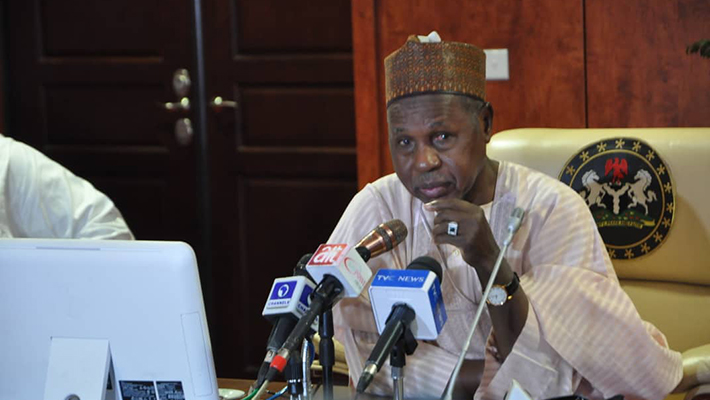 Aminu Masari, governor of Katsina, has advised his colleagues to look for alternative sources of revenue and not rely on the federal monthly allocation that comes from crude oil.

“Every state has potential. We have to start to look inwards to see how we can depend more on ourselves than the single reliance on one commodity which is oil and which we don’t determine its price or determine its consumption.”

He gave the advice in Katsina while speaking at NAN Forum, the flagship interview programme of the News Agency of Nigeria (NAN).

According to the governor, efforts should be focused on harnessing those resources that the government has control over.

“We need to go back to those areas we have control because between 2014 and especially by the time we came in 2015, progressively the price of crude oil continued to go down and down.

“I could remember around November and December in 2017, it dropped to 27 dollars per barrel.

“So, if we absolutely depend on one source of a single commodity of crude oil, there will be a total collapse of the institutions.

“The summary of what I am saying is that every single state of the federation has advantage or comparative advantage in terms of what it can develop to sustain itself, especially in the area of agriculture.

“For instance in Katsina State, about 90 percent of the population is directly or indirectly dependent on agriculture.

“That is why the two key drivers of our “Restoration Agenda” are education and agriculture,’’ Mr Masari said.