Ms Sani-Daura pointed out that much of Hausa culture would disappear if the habit continued. 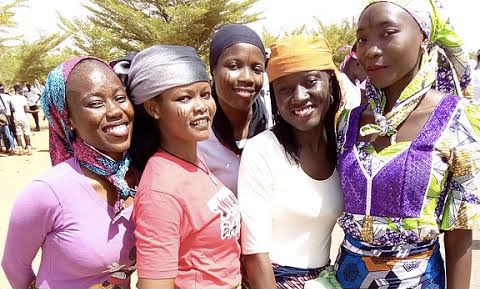 Alqalam University, Katsina, in collaboration with the Pleasant College of Advanced Studies (PCAS), Katsina, has organised a national conference on women and their contributions to the Hausa society, lamenting Hausa women are copying American and European cultures.

In her keynote address on Monday in Katsina, the provost of Dr Yusuf Bala College, Daura, Sadiya Sani-Daura, expressed concern over the adoption of Western culture by Hausa women in northern states.

According to her, the adoption of Western culture by Hausa women has affected their ways of life, urging them to remember the implications of their actions.

Ms Sani-Daura pointed out that much of Hausa culture would disappear if the habit continued.

She said though women had contributed a lot to the development of the Hausa society, they had also abandoned a lot of their earliest culture.

“Many of us may not be aware of what is happening, but I hope at the end of this conference, the participants will have something to go back home with as a solution to the problem before it consumes us,” she added.

Earlier in his remarks, the deputy vice-chancellor of the university, Muhammad Abubakar, commended the organisers for choosing the theme titled ‘Challenges and contributions of women to the development of Hausa society, from the earliest time to the 21st century’.

According to him, the conference came at the right time when women mostly concentrated on adopting Western ways of life and other vices.

He called on northern women, especially the Hausas, to ignore American and European cultures but focus on their original culture and religion to have a better society.

Mr Abubakar expressed the hope that the conference would contribute to the revival of the culture, especially the Hausa women.