All lines between Lancaster and Carlisle and lines in the Birmingham New Street area were blocked due to severe damage to the overhead electric wires. 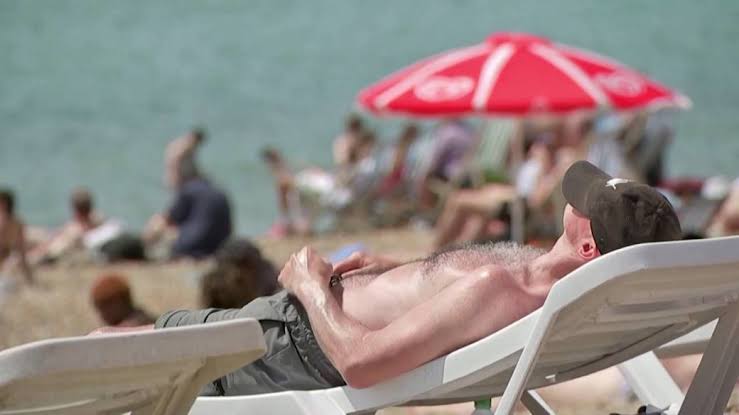 Photo of Britons at the pool used to illustrate this stoty (Credit: Global News)

High temperatures have severely disrupted rail services throughout Britain as the country wilts under a heatwave.

Dozens of trains were cancelled or delayed across England on Wednesday morning because of problems caused by the extreme heat.

Temperatures hit 40C on Tuesday, the hottest on record in the UK, causing damage to overhead wires, tracks, and signalling systems.

National Rail has told customers to check before their journeys and only travel if necessary.

It said on its website that a huge amount of work had been completed overnight to fix problems with the track and overhead wires caused by the heat yesterday.

“Network Rail teams are continuing to work tirelessly to make the repairs so we can get services back up and running for passengers but there is still a disruption to services throughout the day. So, for anyone travelling today, please take time to check before you travel,” it stated.

More than two dozen services departing from King’s Cross and Euston were cancelled or delayed.

Services on the East Coast Main Line, the main rail artery connecting London and Edinburgh via Peterborough, Doncaster, York, Darlington, Durham and Newcastle, were damaged on Tuesday after a fire spread onto the track near Sandy.

The route between London King’s Cross and Peterborough is expected to remain closed until at least midday.

All lines between Lancaster and Carlisle and lines in the Birmingham New Street area were blocked due to severe damage to the overhead electric wires.