In Greece, a large blaze in Athens continued to burn, with flames reaching residential areas and destroying homes. 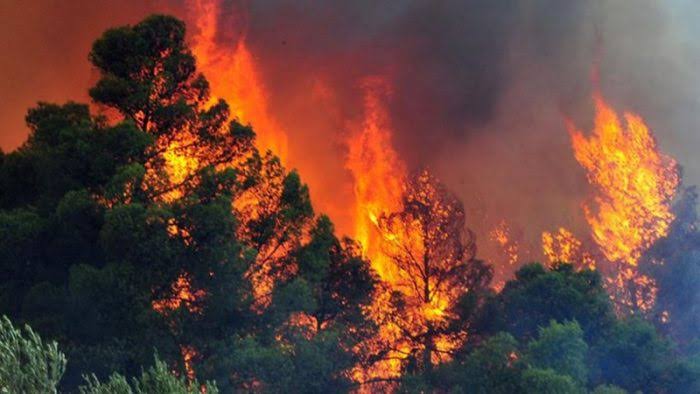 Firefighters on Wednesday struggled to battle spreading blazes that have scorched homes and forced new evacuations in Greece and Italy as dry conditions and a blistering heatwave persist in Europe.

In Greece, a large blaze in Athens continued to burn, with flames reaching residential areas and destroying homes.

More than 100 fire engines were also at the scene.

Seven localities and a children’s hospital were evacuated.

According to witnesses, a fire broke out on Tuesday afternoon in Athens, with the cause unknown.

In Italy, hundreds of people in a Tuscan community had to be evacuated as a large wildfire spread across more land.

Officials said that more than 100 firefighters continued to battle the fire, with 500 residents in the Tuscan community of Massarosa brought to safety in recent hours.

Video from overnight showed flames threatening homes and racing up trees as several fire fronts expanded due to strong winds.

Four firefighting aircraft and a helicopter support the ground efforts from the air. The operation in Tuscany has been underway since Sunday.

For weeks now, firefighters have been battling forest and bush fires throughout the country. Many have been caused by human negligence or arson and then exacerbated by dry conditions and wind.

Parts of the Sicily and Sardinia islands have been placed on the highest wildfire alert level.

The heatwave also affects Britain, with dozens of trains cancelling or delaying travels.