Contributing to the debate, Sabi Abdullahi (APC – Niger) pointed out that the bill presented before the 8th Senate, “unfortunately,” did not sail through. 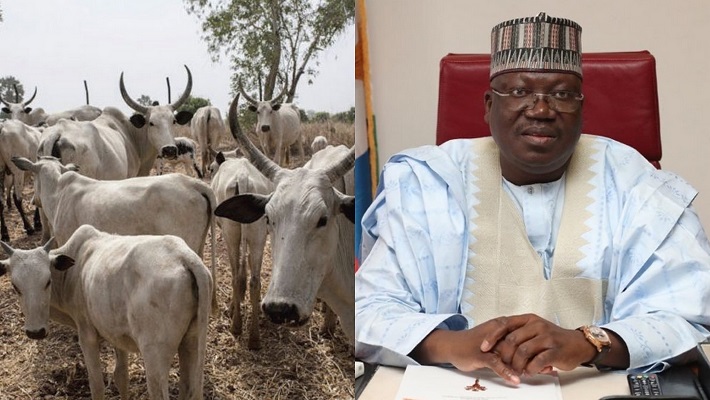 The Senate on Tuesday sought the establishment of a National Livestock and Management Bureau for livestock identification in the country.

This followed the presentation of the lead debate on the general principles of a Bill for an Act to Establish National Livestock and Management (Protection Control and Management).

The sponsor of the bill, Bima Enagi (APC – Niger), led the debate at the plenary.

He explained that the bill was to safeguard the nation’s livestock and sanitise the livestock industry.

Mr Enagi stated, “The livestock sub-sector is an integral part of agriculture and vital to the socio-economic development of the country, though its productivity currently is very low.

Mr Enagi, Vice Chairman of the Senate Committee on Agriculture and Rural Development, added that the bill, when passed into law, would create a National Livestock Identification Database.

“It will ensure management, traceability, and control of the movement of livestock,” said the senator.

Contributing to the debate, Sabi Abdullahi (APC – Niger) pointed out that the bill presented before the 8th Senate, “unfortunately,” did not sail through.

“This bill is timely and should be supported. We are talking about diversifying the economy. The livestock sector is key to this effort.”

Bala Na’Allah (APC – Kebbi) said the bill would help in monitoring the movement of cattle.

“It will make it almost impossible for anybody to have access to illegal livestock and sell them elsewhere,” he said

In his remarks, President of the Senate, Ahmad Lawan, said the livestock sector generated between N5 trillion and N10 trillion annually for the country.

“Any government or any parliament will try to do anything possible to ensure that such an industry is protected, promoted to ensure that people earn their livelihood and people have food reserve in the country,” Mr Lawan noted.