The suit by Joseph Kpokpogri, socialite and ex-lover of actress Tonto Dikeh, is challenging the demolition of his Abuja residence. 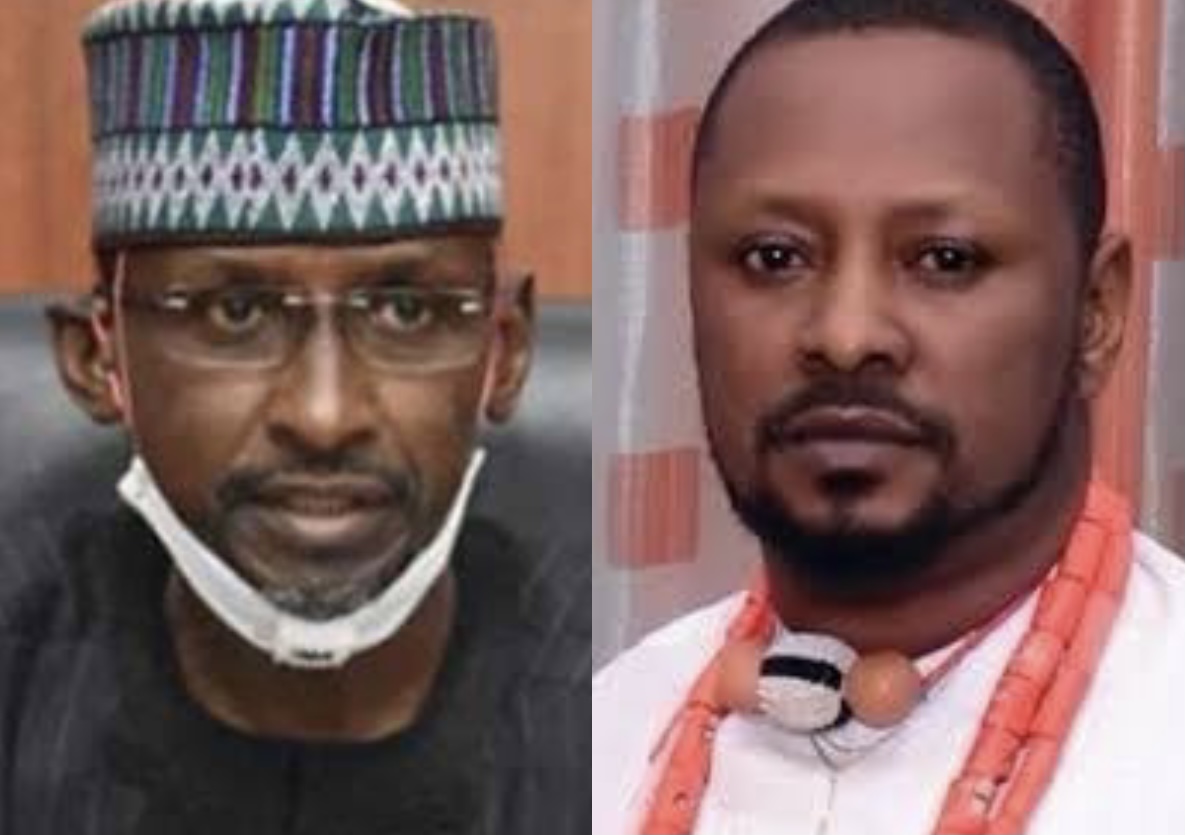 FCT Minister Muhammad Bello and the Federal Housing Authority have asked a High Court to dismiss a suit challenging an illegal demolition of the Abuja residence of Joseph Kpokpogri, a socialite and actress Tonto Dikeh’s ex-lover.

The minister, alongside the FHA, through their lawyer, Mubarak Adekilekan, maintained that the court was bereft of the jurisdiction to entertain the suit.

The defendants contended that the suit was filed “by a lawyer not known to law”.

According to them, Ozekhome, was the name on the seal of the Nigerian Bar Association (NBA) that was affixed on all the court processes, and a search at the Supreme Court disclosed that such a name does not exist in the nominal roll of lawyers.

Besides, the defendants contended that the plaintiff, Mr Kpokpogri, whose house was demolished, failed to disclose any reasonable cause of action to warrant the exercise of the court’s discretion in his favour.

Consequently, they prayed the court to dismiss the suit.

However, counsel for the plaintiff, Benson Igbanoi, noted that the suit was originally fixed for the court to hear a motion his client filed for interlocutory injunctions against the defendants.

Mr Igbanoi said he was surprised that though the defendants filed the objection on August 12, they waited till last Friday to serve the same on his client.

He alleged that the defendants were deliberately frustrating the hearing of the suit, and the plaintiff’s lawyer urged the court to proceed with the business of the day.

In a ruling, Justice Charles Agbaza held that once a preliminary objection is raised to challenge the jurisdiction of the court, such motion must be heard and determined first before any further step could be taken in the matter.

He, therefore, adjourned the matter until October 12 for a hearing of the preliminary objection.

The court had, on July 15, extended its order that restrained the FCT minister from completely demolishing Kpokpogri’s residence.

The injunctive order followed an ex-parte application of the plaintiff filed through his team of lawyers led by Mr Ozekhome.

The judge held that the order would subsist until the hearing and determination of the suit before the court.

Mr Ozekhome, had told the court that some persons from the Federal Capital Development Authority, FCDA, had on May 14, invaded his client’s residence, “accompanied by a multitude of heavily armed policemen and bulldozers and excavators”, and commenced the demolition of his house, beginning with the boys quarters.

Specifically, the court issued an order of interim injunction restraining the defendants from trespassing on or further trespassing on, demolishing, or further demolishing the property known as Plots 203 and 204, 27 Road, Gusape District, Apo Estate, Abuja.

The plaintiff in the suit is asking the court to order the defendants to pay him aggravated and general damages to the tune of over N2 billion.