Nigerian justice minister Abubakar Malami has been fingered using his official privilege to secure federal jobs at the National Industrial Court for his northern protégés. 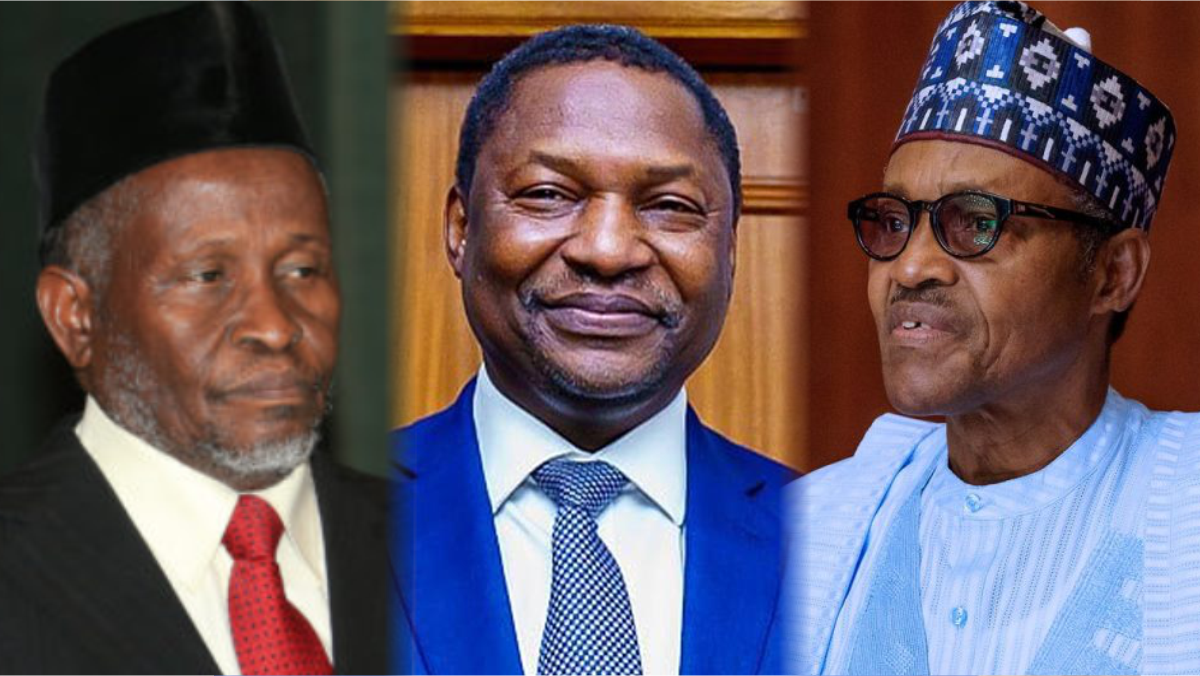 Nigerian justice minister Abubakar Malami has been fingered using his official privilege to secure federal jobs at the National Industrial Court for his northern protégés.

Making what appeared as nepotistic appointments public, an overly excited Mr Gado, who hails from the same state (Kebbi) as the justice minister, disclosed on his Facebook page that the appointment letters were issued on June 24, 2021, and took effect on June 30, 2021.

“Our sincere gratitude goes to the Almighty for making it a reality. Today Friday, 25.06.2021, we received our offer of provisional appointment with the national industrial court,” Mr Gado wrote.

Thanking the Attorney general for using his office to facilitate their appointments at the court, Mr Gado added, “Our sincere appreciation goes to Attorney General Abubakar Malami, who is solidly behind this. May Allah reward you with jannatul firdausil Aalah, Amin.

“The three of us are Mohammed Lameer Sani, Shuaibu Ahmed, Abdulhadi Usman Bayaro.”

In the letters seen by Peoples Gazette, Messrs Gado, Bayaro, and Ahmed all had the Federal Ministry of Justice Abuja as their address.

While the court offered Messrs Gado and Bayaro appointments as ‘assistant executive officer,’ Mr Ahmed was employed as ‘assistant data processing officer’ at its Sokoto division.

“Your appointment will take effect from 30th June 2021 and you are accordingly advised to report to the National Industrial Court of Nigeria, Sokoto Judicial Division at Opposite Federal Government College, Kano Road, Sokoto, Sokoto State for the documentation of your appointment while the authenticity of your certificate/statement of result is being verified,” the letters stated.

Mr Malami could not be reached for comment on his role in the appointments. The Gazette contacted his spokesman, Umar Gwandu, on the issue.

Instead of responding to the inquiry, Mr Gwandu requested The Gazette should forward its inquiry to him via WhatsApp, but he had yet to respond to it several hours after receiving the message.

Mr Gwandu also refused to pick a follow-up call from The Gazette.

In February, The Gazette exposed how President Muhammadu Buhari secretly recruited his new media aide Bashir Ahmad and four others into the Department of Petroleum Resources in violation of the law.

The Gazette also exposed how top NIA job was secretly approved for Mr Buhari’s nephew, Tunde Sabiu, while Aisha Buhari’s brother landed an appointment at PTDF, another top-tier agency of the Nigerian government, despite Mr Buhari’s claim on leading a transparent and corruption-free regime.