It was not immediately clear whether President Muhammadu Buhari endorsed the clearly divisive comments of the Northern leaders. 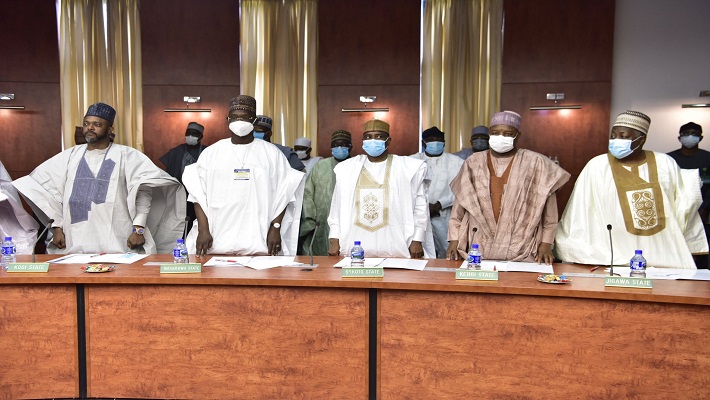 Traditional rulers in Northern Nigeria have been praised for using ethic and religious sentiment as a divide and rule against the EndSARS protests in the North.

At a meeting held on Monday between governors of Northern states, emirs and chiefs in the region, the forum criticised the nationwide protests against the brutality of Nigerians by the disbanded special anti-robbery squad, describing the civil movement as an attempt for a regime change.

In a communique issued after the meeting, the Northern governors commended the role played by the emirs and chiefs into ensuring Northern youths do not protest.

“We commend the roles of his eminence, royal highnesses, and other royal fathers in ensuring that the EndSARS protest did not escalate significantly in the North by adopting sentimental issues such as ethnicity and religion, the Forum resolved to continuously engage with their Royal Highnesses in addressing this challenge,” the communique read.

#EndSARS gained worldwide appeal for its message to end police brutality in Nigeria, but it was mostly powered by agitations in Southern Nigeria. Most parts of Northern Nigerian did not join the protests, and the few cities that joined did so late.

Northern Nigeria has been locked in multiple cases of insecurity for nearly a decade. It witnessed escalated attacks in the last five years with cases of Boko Haram terrorism, banditry and herdsmen attacks across the region, resulting in the deaths of many and destruction of asset.

Politicians have often adopted the colonial strategy of drawing religion and ethic sentiment to issues affecting people in Nigeria with the endgame of breaking the ranks and causing disunity.

The comments by northern leaders on Monday could further aggravate divisions between the mostly Muslim North and the predominantly Christian South.

The meeting was reportedly attended by all the 19 northern governors, Senate President Ahmed Lawan, Lai Mohammed, Inspector-General Mohammed Adamu, amongst others. It was not immediately clear whether President Muhammadu Buhari endorsed the clearly divisive comments of the Northern leaders.