Governor Babagana Zulum of Borno has appealed for President Muhammadu’s help to repatriate 200,000 residents of the state from Chad, Cameroon and the Niger Republic. 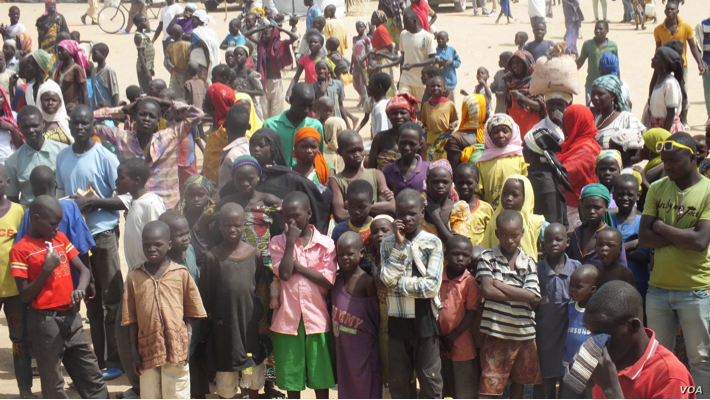 Governor Babagana Zulum of Borno has appealed for President Muhammadu’s help to repatriate 200,000 residents of the state from Chad, Cameroon and the Niger Republic.

On Monday, Mr Zulum said he briefed Mr Buhari on the repatriation of over 200,000 Nigerians displaced by Boko Haram terrorists residing in the neighbouring countries.

Speaking to State House correspondents after the closed-door meeting with the president at the Presidential Villa, Abuja, Zulum disclosed that the state government would, on November 27, commence the repatriation of the displaced Nigerians, who were willing to return home because of the improved security situation in Borno.

He explained, “I came to brief the president on the plight of Nigerians that are living in the Republic of Chad, Cameroon and Niger, especially the indigenes of Borno state, numbering over 200,000.

“Now that we have started witnessing (a) gradual return of peace to Borno, these people of Borno taking refuge in neighbouring countries are willing to return home.”

According to the governor, his administration has fixed November 27, 2021, to begin the repatriation process, especially to two local government areas of Abadam and Guzamala.

He added, “So, I came to solicit for the support of the president with a view to ensuring a hitch-free repatriation exercise.

“The Ministry of Humanitarian Affairs with its agencies; National Emergency Management Agency (NEMA), Refugee Commission, as well as the North-East Development Commission and the Borno State government have the capacity to shoulder the responsibility for the exercise.”

Mr Zulum further stated that he was putting modalities in place to ensure the safety of the returnees, adding that the chief of army staff and heads of other security agencies had given assurances of adequate protection for the communities where the returnees would reside.