“I, therefore, call upon my fellow countrymen to fulfil the biblical condition for the turnaround as stated in 2 Chronicles 7:14.” 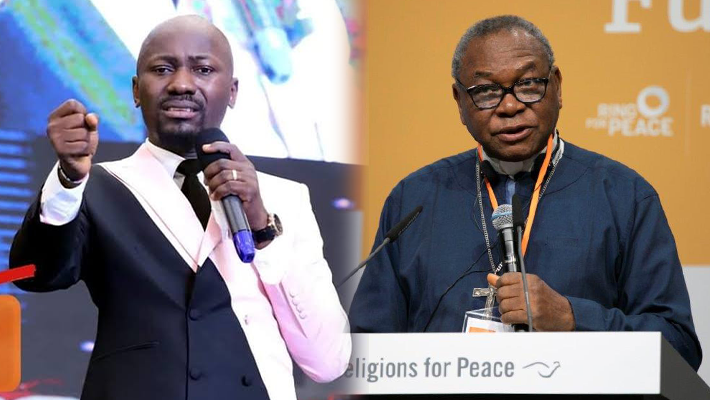 John Cardinal Onaiyekan and other Christian leaders have told Nigerians that insecurity bedevilling the country would be a thing of the past if they turned away from wickedness.

Mr Daniel, who is also the Deputy President of the Pentecostal Fellowship of Nigeria, stated, “There is no doubt Nigeria will rise again as God is still in the business of turning around hopeless situations for good.

“I, therefore, call upon my fellow countrymen to fulfil the biblical condition for the turnaround as stated in 2 Chronicles 7:14.

“If my people, who are called by my name, shall humble themselves, pray and seek my face and turn from the wicked ways, I will hear them from heaven and forgive their sins and heal their land.”

The clerics spoke during a special thanksgiving programme by the Dominion on Monday in Abuja.

Mr Onaiyekan stressed that many Nigerian politicians had failed in their responsibilities to the people.

The emeritus Archbishop of Abuja Catholic Diocese also appealed to religious leaders to lead by example and avoid utterances that could overheat the polity, pointing out that Christians should be the light in all spheres and continue to pray for peace and unity in the country.

Also speaking at the event, the General Overseer of the Omega Fire Ministry, Johnson Suleman, emphasised the need for the church to stand up and be a voice for the voiceless.

Mr Suleiman said he believed that with unity and continuous prayers, and support of the church, the country would overcome its challenges.

Top government officials, members of the diplomatic corps, National Assembly lawmakers, and religious leaders attended the event, which had the theme, ‘Quest for Credible Leadership In Nigeria.’