“Police to only confiscate the number plates and not arrest anyone, “except on other logical grounds discovered in the course of executing the order.” 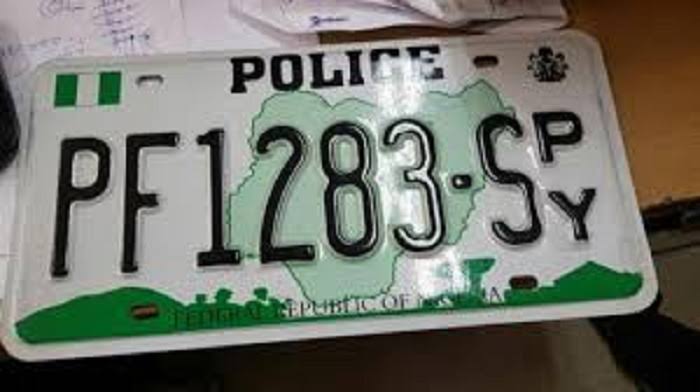 The police command in the Federal Capital Territory (FCT) says it has commenced the enforcement of the ban on use of Spy number plates in Abuja.

Police spokeswoman DSP Josephine Adeh said this in a statement on Thursday.

The Inspector General of Police, Usman Baba, on Wednesday banned issuing and using Spy number plates nationwide. He said the ban was to stop the disregard of traffic rules and other extant laws guiding road use by individuals using the SPY police number plates.

MsAdeh said the FCT command on Thursday took to the streets of the territory for the enforcement.

Police commissioner in the FCT,  Babaji Sunday, according to the statement, said the ban followed public outcry over disregard for traffic rules by vehicles with the Spy number plates.

Mr Sunday added that the ban would address the misuse of the privileges attached to the use of the number plate. The police boss added that the measure would complement the already existing security architecture to curb crimes in the FCT.

The police commissioner directed operatives deployed for the exercise to discharge their duties with regard to fundamental human rights, in line with global best practices.

He urged residents to embrace the development and cooperate with the police and explained that the cops were directed to only confiscate the number plates and not arrest anyone, “except on other logical grounds discovered in the course of executing the order.”