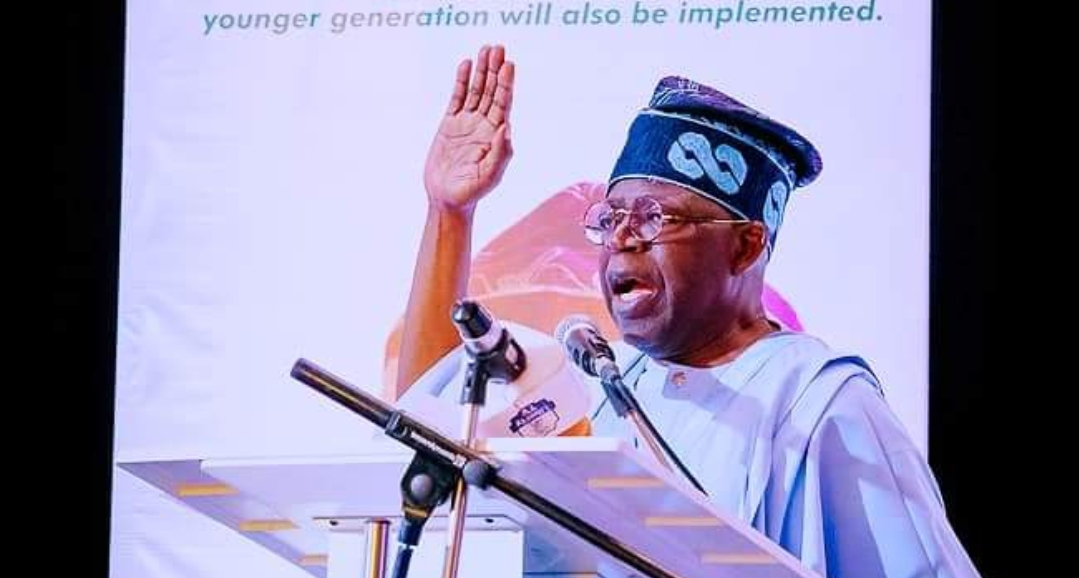 Bola Tinubu, the All Progressives Congress (APC) candidate for the 2023 presidential election, says he wants to free Nigerian youth from bondage.

At the flag off of his campaign in Jos on Monday, Mr Tinubu said, “To you the youth, we made the promise that today may be difficult but hope is not lost.

“We won’t let you down. You are our children. We will bring greater power and energy. If you go next door to charge your battery, it gets me angry.

“I’m not a happy man until I free you from the bondage of neglect and give you the skill and courage to call yourself that you can do it. I know you can do it,” Mr Tinubu said.

Mr Tinubu, 70, will be up in contest against Atiku Abubakar of the Peoples Democratic Party, Labour Party’s Peter Obi and a host of other candidates in next year’s election.

However, Mr Tinubu’s frail health remains a sticking point against his touted ambition to direct the affairs of Africa’s most populous nation.

Last week, the U.S. Court released documents of Mr Tinubu asset forfeiture linked to drug deal in Chicago, eliciting much uproar and criticism about his rectitude to be president.

The newspaper also uncovered how Mr Tinubu’s Alpha Beta syphoned billions of public funds to shell companies linked to him and his political and business associates.