Ten of the recently rescued victims were intercepted along the Daura-Kongolon road while heading to Europe through Niger Republic and Libya. 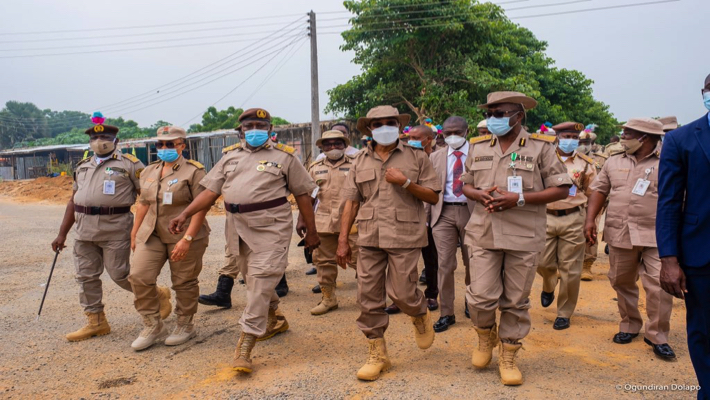 Kelechi Ekeoba-Jones, the command comptroller, said on Monday at the Jibia border while handing over some survivors to the National Agency for the Prohibition of Trafficking in Persons (NAPTIP).

Mr Ekeoba-Jones disclosed that the 716 survivors were rescued from April 14 to date, adding that 10 were the latest to be rescued by operatives.

He explained that the 10 victims were intercepted along the Daura-Kongolon road while heading to Europe through the Niger Republic and Libya.

According to him, within the period under review, the command also repatriated about 350 Nigeriens that entered Nigeria illegally without necessary documents.

“From the date of my resumption as the comptroller of Jibia special border command on April 24, till date, the command has handed over to NAPTIP a total of 716 victims of human trafficking.

“The recent 10 victims rescued were intercepted on Thursday, November 10, at about 7:00 p.m. as they were about to leave the country through an illegal route to Europe via Niger Republic and Libya,” he said.

According to the comptroller, the rescued victims left from Kano to the Niger Republic through the Daura -Kongolam axis but were intercepted by the NIS patrol team aware of their movement.

“However, on sighting the presence of our personnel, the driver attempted to evade interception by overspeeding and manoeuvring around the bush path, which resulted in an accident where some survivors sustained minor injuries.

“The victims that sustained injuries have been treated at the General Hospital Daura while the driver is still on admission,” he added.

According to the comptroller, none of the victims had valid travel documents when the NIS operatives intercepted them.

“The NIS Comptroller General, Mr Idris Isah-Jere, has directed that the victims be handed over to NAPTIP and also advised parents, guardians and the general public to desist from sending their children and wards abroad for non-existing greener pastures.

“Nigeria is far better in terms of the so-called greener pasture abroad in the form of freedom and other expectations.

“It is pertinent to state that this trend of human trafficking has its inherent risks and dangers in the form of survivors being exposed to slavery, forced labour, organ harvest and even death in the desert and the sea en route to their perceived destinations.

“The general public are further advised to report cases of human trafficking and other related criminal acts to the nearest security agencies,” he said.

The comptroller explained that creating the Jibia special border command alongside four others was part of federal government efforts to secure the country’s borders.