To be located at Naze near Owerri, the modern abattoir facility is expected to ensure hygienic standards for meat consumption. 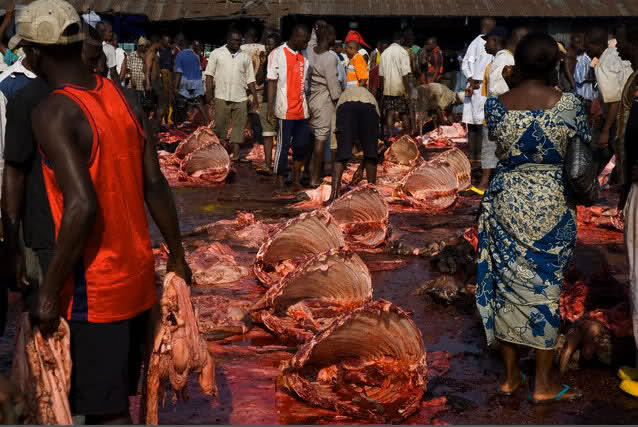 An abattoir in Nigeria (Photo Credit: Voice of Nigeria)

The Imo government has approved N348 million for constructing a modern abattoir facility at Naze near Owerri to ensure hygienic standards for meat consumption.

The state Commissioner for information and strategy, Declan Emelumba, disclosed this while addressing a news conference after Wednesday’s Executive Council meeting presided over by Governor Hope Uzodimma at the Government House, Owerri.

Mr Emelumba said the government was worried by the unhygienic condition of the old abattoir at Egbu, which had become unfit for slaughtering animals meant for human consumption.

He said the abattoir at Egbu will be immediately closed while the butchers will be relocated to the approved site.

The commissioner said the state government had marked the existing abattoir for immediate demolition to forestall a possible epidemic outbreak.

He said the council also approved the construction of Ogwogoroanya–Avutu road leading to the home of a former governor, Sam Mbakwe, to honour him.

He expressed the council’s delight over the flag off of Orlu-Mgbee-Akokwa-Uga and Owerri-Mbaise-Umuahia roads, which would bring major economic benefits to the state.

The commissioner announced the donation of N30 million to six Imo indigenes among the Super Falcons, who participated in the just concluded Women’s African Cup of Nations in Morocco.

He said the donation followed the Super Falcons’ goalkeeper, Chiamaka Nnadozie’s visit to the governor earlier on Wednesday.