Independence Day: Akeredolu frees 18 convicts due to their ‘good conduct’

Mr Akeredolu also commuted the death sentences of 26 prisoners to life imprisonment, adding that the gesture was in commemoration of Nigeria’s 61st independence anniversary. 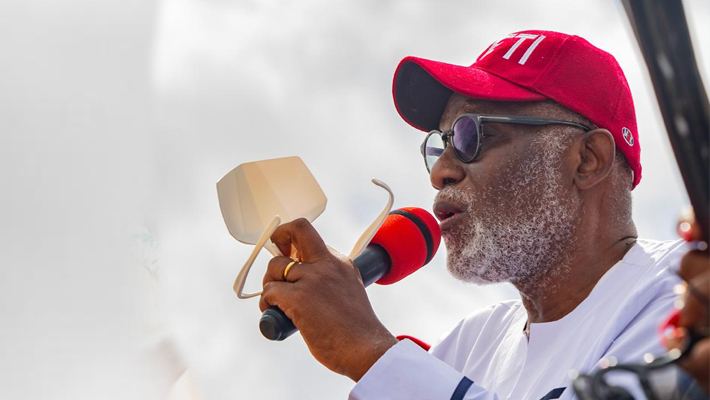 This is contained in a statement signed by Richard Olatunde, the chief press secretary to the governor, on Friday.

The statement further said Mr Akeredolu also commuted the death sentences of 26 prisoners to life imprisonment, adding that the gesture was in commemoration of Nigeria’s 61st independence anniversary.

“In exercise of the powers conferred on him by paragraph (d) of sub-section (1) of Section 212 of the Constitution of the Federal Republic of Nigeria, 1999 as Amended, Ondo state governor, Oluwarotimi Akeredolu, has granted state pardon to 18 convicted inmates,” said the statement. “The governor also commuted to life imprisonment 26 other inmates who were condemned to death by the various courts in the state.”

The governor noted that the convicts were released having shown remorse and “are of good conduct at the correctional centres.”

While charging them to live a crime-free life, Mr Akeredolu urged the public not to discriminate against the ex-convicts as they reintegrate into society.