The Indian police booked Mr Maharaj for hate speech after complaints were lodged against him for abusing late civil rights leader Mahatma Gandhi. 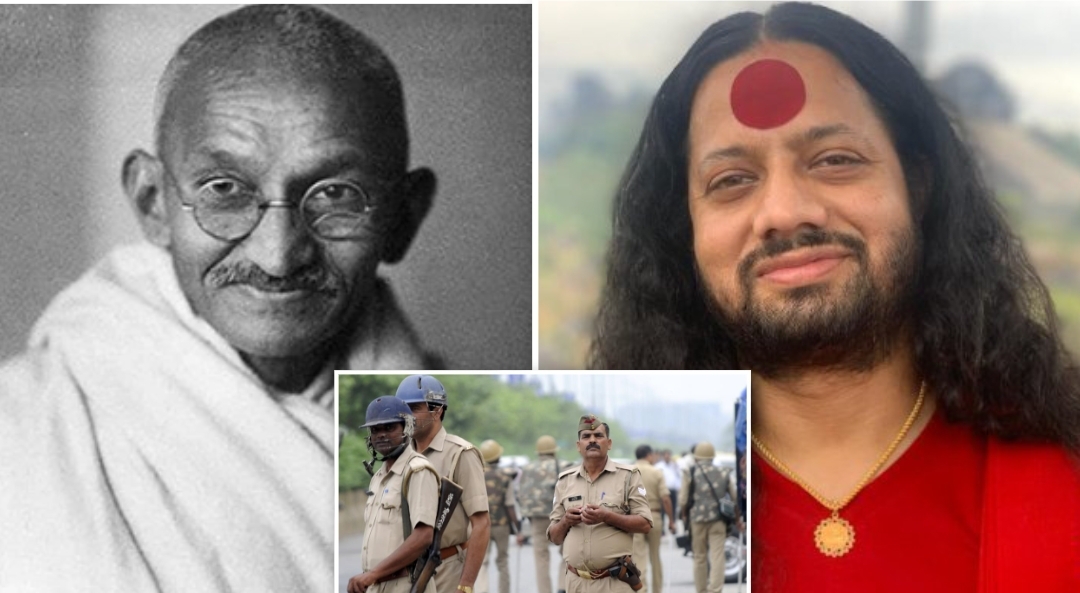 The arrest was carried out on Thursday by the Chhattisgarh Police. Mr Maharaj was apprehended from the neighbouring city of Madhya Pradesh, four days after a complaint had been registered against him for allegedly abusing Mahatma Gandhi.

Mr Maharaj, who was a guest at the ‘Dharam Sansad’ organised in Raipur between December 25 and 26, allegedly abused Mahatma Gandhi and hailed Nathuram Godse for killing him. An First Information Report (FIR) was registered against him under IPC Sections 505(2) and 294 on Sunday night based on a complaint by Congress leader Pramod Dubey.

Around 20 religious leaders participated in the two-day event, with some making speeches asking “Sanatani Hindus” to arm themselves. However, it is Mr Maharaj’s comments that drew the attention with the security personnel after the FIR had been filed.

The Indian Express notes that if convicted, Mr Maharaj faces close to five years in jail. Charges will be made after the police completes its investigation.

The speech given by Mr Maharaj also saw a complaint registered in Maharastra’s Akola district as well.

The news of Mr Maharaj’s arrest drew comments from Madhya Pradesh Home Minister Narottam Mishra, who claimed the Chhattisgarh Police breached inter-state protocol by arresting Mr Maharaj without giving information about it to the local police.

Mr Gandhi was an Indian lawyer who led his country to freedom from British colonial rule in 1947 deploying nonviolent resistance. He was assassinated months later at age 78. His philosophy of nonviolence granted him world acclaim with many civil rights leaders around the world drawing inspiration from his methods.

Hindu is India’s dominant religion, accounting for about 80 per cent of the country’s population, per Wikipedia.