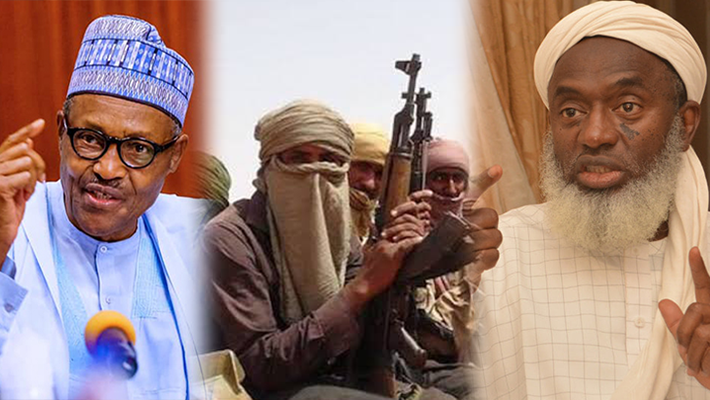 A composite of Buhari, Bandits and Gumi used to illustrate this story

Amid the continuing deterioration of insecurity in Nigeria, a group, the Muslim Media Watch Group of Nigeria (MMWGN) has called on President Muhammadu Buhari’s regime to create “National Guards.”

According to the Muslim group, the new security outfit will deal with specialised crimes and curtail insecurity.

The MMWGN’s National Coordinator, Ibrahim Abdullahi, made the appeal in a statement he issued in Ilorin on Tuesday.

Mr Abdullahi suggested the new security outfit should be called “National Guards” and its primary responsibility will be tackling banditry, insurgency, and kidnapping for ransom.

Mr Abdullahi explained that the need became imperative given the precarious security situation in the country.

According to him, the situation requires urgent steps to salvage the country from insecurity threatening its corporate existence as a nation.

He also called for immediate recruitment of able-bodied young men and women into the nation’s security agencies to salvage the country and prepare for the 2023 general elections.