Mr Fayemi was reacting to a statement issued by the PDP criticising his government over the recent spate of insecurity in the state. 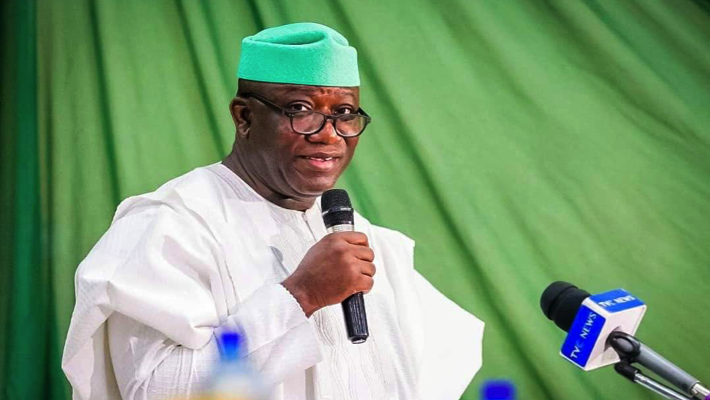 Kayode Fayemi, governor of Ekiti, has warned the leadership of the Peoples Democratic Party (PDP) in the state against the politicisation of matters bordering on the security of lives and property in the state, saying that this will do no one any good.

Senior Special Assistant on Inter-party Relations to the governor, Sam Oluwalana, gave the warning while speaking with journalists on the telephone in Ado-Ekiti on Saturday.

Mr Oluwalana appealed to the party to refrain from comments that could portray it as mocking the dead, saying that lives should be considered sacred.

The aide was reacting to a statement earlier issued by the PDP criticising the APC-led government over the recent spate of insecurity in the state.

Mr Oluwalana said that PDP’s action was capable of portraying it as mocking the dead, adding that the party should rather mourn than dance on their graves.

“For PDP to have politicised this type of issue, where life was lost, showed that it is irresponsible and lazy. The issue of insecurity is one that affects the entire country, and Ekiti is not an exemption.

“I want to say that the governor is working hard to secure the lives of citizens and we should all join hands with him to ensure that criminals are exposed, rather than making political comments capable of heating up the system,” Mr Oluwalana said.