Lorenzo Insigne scored twice from the penalty kick spot as Napoli returned to the top of the Serie A standings after a 3-0 home win against Bologna on Thursday. 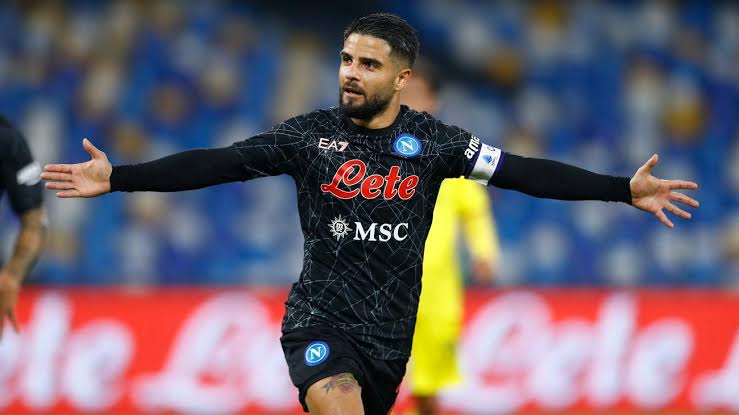 Lorenzo Insigne scored twice from the penalty kick spot as Napoli returned to the top of the Serie A standings after a 3-0 home win against Bologna on Thursday.

The result meant they are level on points with AC Milan, also unbeaten.

He scored with a left-footed shot into the top corner from outside the penalty box, giving goalkeeper Lukasz Skorupski no chance.

Team captain Insigne doubled the tally from the penalty kick spot in the 41st minute.

This was after a VAR decision confirmed Chilean centre-back Gary Medel had handled the ball in the area under pressure from Victor Osimhen.

Insigne, who had missed a good 15th-minute chance, stepped up and fired into the bottom corner.

His second came in the 62nd minute, right-footed to the bottom left, after another VAR review when Osimhen went down in the area.

There was to be no hat trick, however, with Insigne taken off three minutes later.

Napoli coach Luciano Spalletti was absent from the dugout as he served a touchline ban after being sent off in the 0-0 draw at Roma last Sunday.

Napoli now have nine wins, and a draw from 10 games and Thursday’s result extended their unbeaten run at home in Serie A to 16 games.

Bologna dropped to 12th in the standings.