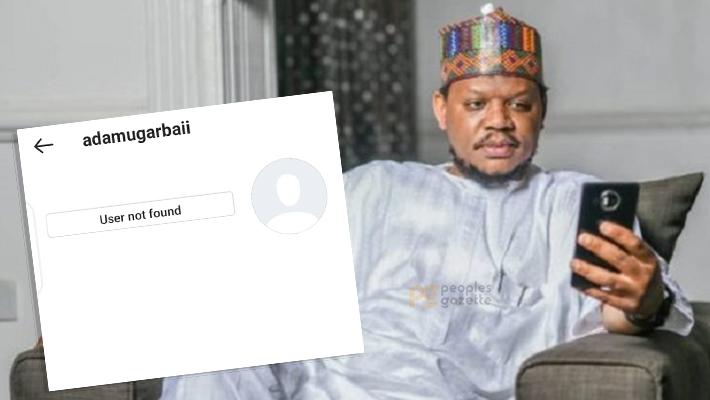 This occurred shortly after Google deleted his Crowwe app from the Google Play Store.

Peoples Gazette’s checks showed that Instagram yanked off Mr Garba’s IG account from the popular image and video sharing app, with his page displaying ‘the user not found.’

When contacted for comments on the development this morning, Mr Garba told The Gazette that Instagram took down his account because some users reported him.

“It was reported by some users and was disabled by Instagram,” he said.

The reason for reporting Mr Garba’s account was unclear as of the time of filing this report. But lately, he has received a public backlash regarding his Crowwe app accused of disingenuity.

His deleted Crowwe app had suffered a similar fate when Twitter users criticised the application on various grounds, including its privacy policy. For instance, critics discovered Mr Garba copied Crowwe’s terms and conditions from Spotify.

The discovery was also verified by Dubawa, a fact-checking platform, to be true.

“Check the Crowwe app’s terms and conditions. It’s the SAME thing as Spotify. They didn’t even bother editing,” said a social media critic. “Like if you click on the hyperlink, it redirects you to Spotify theft. What sort of pangolo app is that?”