The recent protests in Iran were triggered by the death of 22-year-old Masha Amini and have been going on for 10 days. 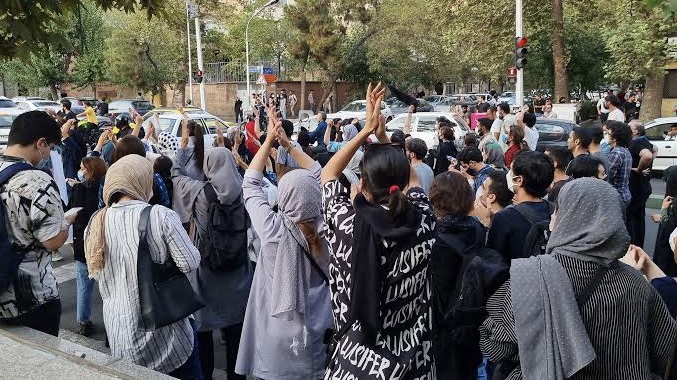 Iran’s parliament was divided on Tuesday in response to a crackdown by the judiciary and security forces on a wave of protests throughout the country.

According to the state news agency, IRNA, a member of parliament, Zohreh Sadat Lajevardi, said the enemies of Iran had organised the recent protests.

The parliamentarian called for severe consequences for the participants.

Conversely, Jalah Rashidi Kuchi, a member of the Domestic Affairs Committee, said as long as the government would not handle current issues objectively, nothing in the country would work.

Observers of the protest said demonstrators in big cities had developed a new strategy.

They said the protesters were gathering in smaller groups in several locations, intending to make it more difficult for police and security forces to gain control.

Protests in Iran were triggered by the death of 22-year-old Masha Amini and have been going on for 10 days.

The morality police arrested Ms Amini for violating the strict Islamic dress code. She would later die on September 16 due to unexplained reasons.

Protesters speak of police violence, but authorities firmly deny it. Rumours of planned strikes are increasingly circulating on social media.