The former governor of old Anambra state, Mr Nwobodo said the allegation was an attempt to smear his reputation. 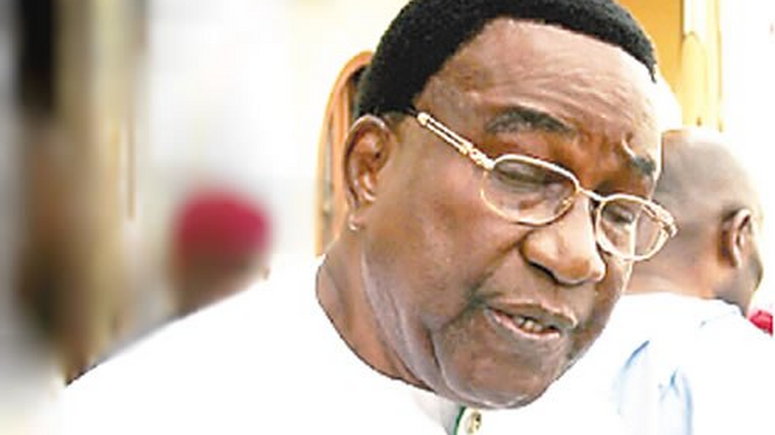 The acting President General, Amechi Awkunanaw Development Union, Chukwudi Nwankwo, disclosed this in a statement on Saturday in Enugu.

Mr Nwankwo said that it had become necessary to put the records straight following attempts by John Egbo to incite members of the community against the Mr Nwobodo.

He said the narrative of an existing land dispute involving the community which had degenerated to arson, was an attempt by Mr Egbo to smear the reputation of the former governor.

“As a community, we do not have any land dispute with Nwobodo because the said land was a gift by the community to him over 40 years ago.

“The said land do not have reversionary clause in the title document since it was a gift in appreciation of his contributions to the development of the town,” he said.

On the alleged dispute which led to the burning of a vehicle, Nwankwo said it was a distorted fact.

“We do not understand the link between the purported burning of a car belonging to a certain lecturer and a land dispute involving Nwobodo,” he added.

When contacted, Mr Egbo accused the executive members of the town union of resorting to violence over a land dispute in the community.

“Disregard what they wrote. We have a land issue and they are causing conflict in the community.

“They burnt a car belonging to a member of the community. It is unfortunate they resorted to violence over a land matter that someone is interested in,” Mr Egbo said.