Mr Lalong said use of hard drugs was aggravating security challenges in the state, urging elders not to relent in advising them against such lifestyle. 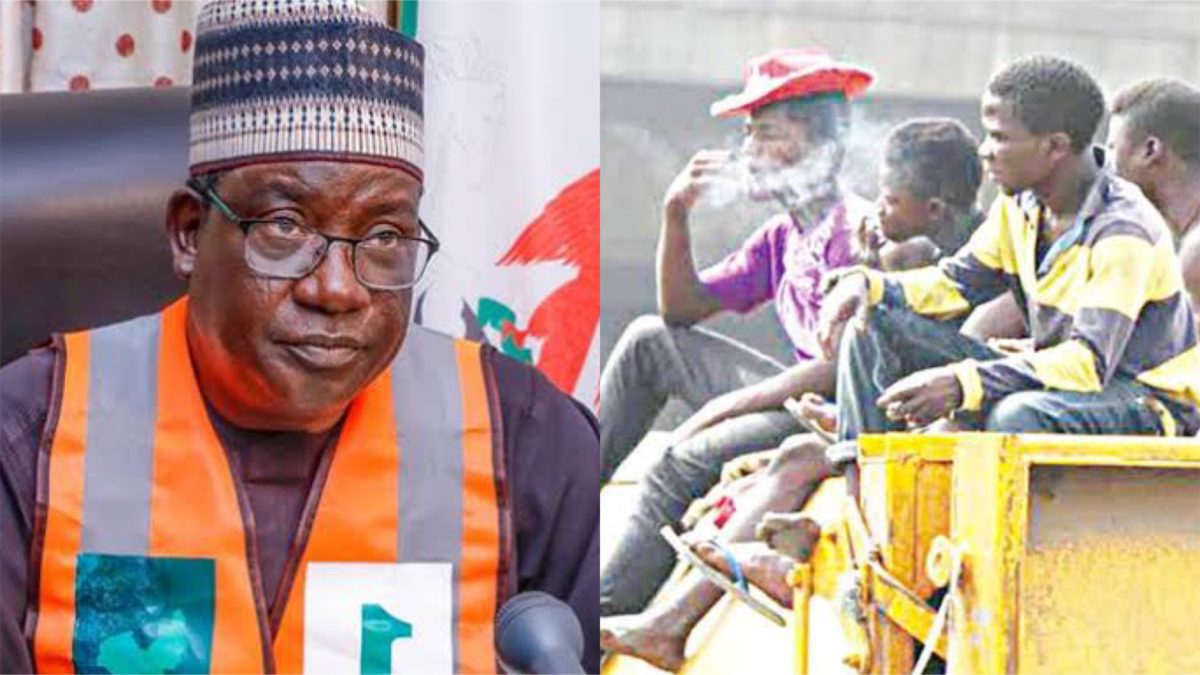 Plateau Governor Simon Lalong says the use of hard drugs by youths is a trigger to perpetrate crimes in some communities, decrying how it has snowballed into ethno-religious tension.

Mr Lalong stated this at a meeting organised for key stakeholders of Irigwe Chiefdom in Bassa Local Government Area of the State on Wednesday at Government House, Jos.

The meeting followed series of attacks in the area and the August 14 killing of commuters along Rukuba road of Jos North Local Government Area.

The governor said the various attacks in some communities in the state were acts of criminalities which were given ethno religious coloration.

He noted that youths were the bane of concern in such acts because of their susceptibility through drug abuse.

Mr Lalong said the act was aggravating security challenges in the state, urging elders not to relent in advising them against such lifestyle.

The governor said that youths had a critical role to play in ending insecurity in the state.

He said the meeting with stakeholders comprising leaders of traditional institutions, youths, women and development associations , was to seek lasting solutions to the lingering crisis in the area.

He noted that there were emerging security challenges in the state, which may not guarantee the use of past recommended approaches to resolve the current insecurity afflicting their communities .

“There was no Boko Haram years ago or kidnapping.

Some of these criminals have developed new technology to overpower security agencies, but we are going to get them,” Mr Lalong said.

He urged the stakeholders to be sincere in the discussions so as to address the root causes of the crisis for appropriate action to be taken , saying mutual understanding was critical between communities to end Insecurity.

He called for special prayers for God’s intervention in the security situation in the area and other parts of Plateau.

The former President Irigwe Youth Forum, Chinge Dodo, who addressed the press at the end of the close-door session said resolutions were made to intensify community surveillance and report minor incidents to security agencies to prevent their degeneration to violence.

Mr Dodo said the need for dialogue was stressed to facilitate constant interface between different groups in communities for sustainable peace, adding, “issues of peace are not what you end in a day.”

He said in spite of efforts to address insecurity, there were still attacks in the chiefdom, while appealing against ethnic profiling in criminality, saying such should not be encouraged.

He said the people of Irigwe chiefdom are peace loving and were wrongly accused of masterminding the August 14 killings of commuters along Rukuba road in Jos North Local Government Area.

“They accused our people of being behind the Rukuba killings and we want to use the opportunity to tell the whole world that we are not responsible .

We reject any form of ethnic profiling.

“We want to tell His Excellency that Irigwe people are peace loving and will continue to tow the path of peace to support every government’s action plan and policies toward peace not only in our land but in Plateau and Nigeria as a whole.

“We all agreed that we will continue to work with the government, as a community, to ensure that peace is achieved,” he said .

Those present at the meeting included the Chairman of Council of Chiefs and Emirs in Bassa Local Government Area, Reverend Ronku Aka, and President of Irigwe Development Association, Robert Dodo.