Otosirieze Obi-Young left Brittle Paper in April after publishing a story about how Bashir El-Rufai threatened to organise a gang-rape of a Twitter user’s mother. 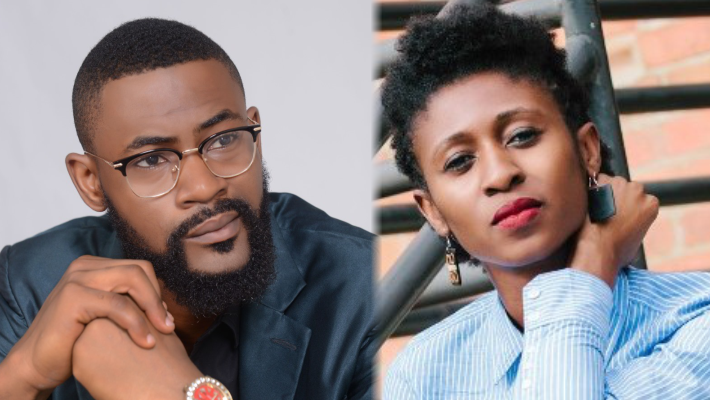 A former editorial partner at online literary magazine Brittle Paper, Otosirieze Obi-Young, has commenced legal action against the blog, and its founder and publisher Ainehi Edoro over alleged breach of contract and copyright violations.

Mr. Obi-Young, in the suit marked FHC/L/CS/1636/20, and filed at the Lagos Division of the Federal High Court also accused the defendants of failing to publicly acknowledge him as the creator and administrator of The Brittle Paper Awards, which ran between 2017 and 2019.

The plaintiff explained that in November 2016, he entered into an unwritten contract for service with Brittle Paper and Ms. Edoro, a Nigerian-born associate professor at the University of Wisconsin, wherein a monthly honorarium of $200 was agreed for his role as “submission editor.”

He narrated that in March 2017, he assumed the role of acting editor at the request of the defendants, thereby taking over full responsibility for the day-to-day operations of Brittle Paper’s website.

Mr. Obi-Young’s honorarium was, however, reviewed upwards to $400 monthly in December 2018, which took effect from April 2019.

“From about the month of April 2019, the 2nd defendant (Ms. Edoro) instead paid to the plaintiff varying sums that peaked at naira equivalent of US$305 monthly until April 2020, thereby unilaterally withholding not less than the sum of US$100 monthly from April 2019 — December 2019 and January, February  and April 2020, as unpaid honorarium,” a statement of claim by Mr. Obi-Young’s legal team, dated November 19, 2020, said.

It added that the cumulative amounts owed the plaintiff by the defendants within the period had risen to the tune of $1,200.

Mr. Obi-Young left Brittle Paper in April after publishing a story about how Bashir El-Rufai, a son of the Kaduna governor, threatened to organise a gang-rape of a Twitter user’s mother. Ms. Edoro pulled down the story, claiming it fell short of the paper’s editorial standards.

Critics however said Ms. Edoro’s claim was an afterthought, suggesting that she deleted the story to avoid offending Nasir El-Rufai and Bashir’s mother, Hadiza, who have long been a darling of Nigerian literary elite for their financial support.

Several journalists across Nigeria have also faced allegations of receiving material and financial gratification to defend or protect the El-Rufais, who have long been known to issue toxic and divisive commentary on national affairs.

Mr. Obi-Young, who is seeking recompense for his role in administering The Brittle Paper Awards (BPA) between 2017 and 2019, said in his statement of claim that, given an unwritten partnership agreement between himself and the defendants on joint ownership of the intellectual property rights in BPA, he was entitled to the sum of $500 after each edition of the literary awards.

The plaintiff noted that he has yet to be paid the agreed sum totalling $1,500 for the three years the awards held.

Mr. Obi-Young disclosed in his petition that Ms. Edoro has declined his seven-month-long request to take down his literary works published in the Brittle Paper, despite not assigning the intellectual rights to the works to her organisation.

In a follow-up statement to Peoples Gazette on Tuesday, the aggrieved writer said: “She (the Brittle Paper publisher) has refused to take down the three works I told her to: A Tenderer Blessing, Report on the Sponsorship Problem in Nigerian Literature, and The Lion in Harmattan.”

He added: “At the time of this suit, she has seized them for seven months, milking views generated from increased searches of my name on Google, so I am demanding that she pay me $900 for them, at $300 each.”

Mr. Obi-Young said he was unilaterally locked out of Brittle Paper’s website, as well as other virtual platforms in April 2020 — without fulfilment of all outstanding obligations owed him by the defendants.

He prayed the court to rule that reparation be made to him to the tune of $3,600, including public acknowledgement as creator and administrator of The Brittle Paper Awards.