Mr Afolabi said the herders, who were stopped at Erinle-Offa axis, were with some of their cattle and were heading towards the end of Kwara-Osun state boundary. 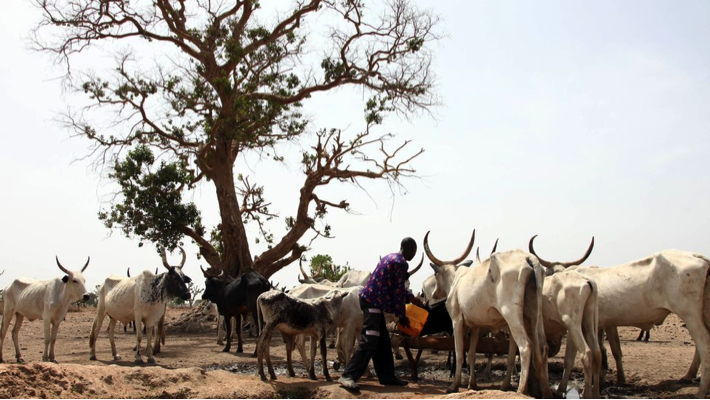 The Joint Task Force (JTF) has intercepted a large number of herdsmen, believed to be Fulani, who have the intention of settling down in Kwara.

The JTF is made up of personnel from the Nigeria Security and Civil Defence Corps (NSCDC), the Nigerian Army and the Police.

In a press release on Wednesday in Ilorin, signed by NSCDC Spokesman, Babawale Afolabi, the intercepted herdsmen were in large numbers.

Mr Afolabi said the herders, who were stopped at Erinle-Offa axis, were with some of their cattle and were heading towards the end of Kwara-Osun state boundary.

He said the herders were on their way to Ajase-Ipo, a town in lfelodun Local Government Area of Kwara.

“On August 4, suspected Fulani herdsmen in their hundreds were intercepted at Erinle, a border town in Oyun Local Government Area of Kwara,” Mr Afolabi said.

He said that the herdsmen and their cows were on their way to Ajase Ipo, a town in Kwara with a large concentration of Fulani.

“The suspected herdsmen were later led to Ajase-Ipo by the JTF where further background checks and profiling were carried out by the appropriate security operatives,” Mr Afolabi said.

He, however, said that the herdsmen had been allowed to remain in Ajase-Ipo pending the time background checks would be concluded.

Mr Afolabi said that more security personnel had been deployed in and around the town.