Suspected enchanters on Sunday sprinkled blood on Kwara United players and on their footpath. 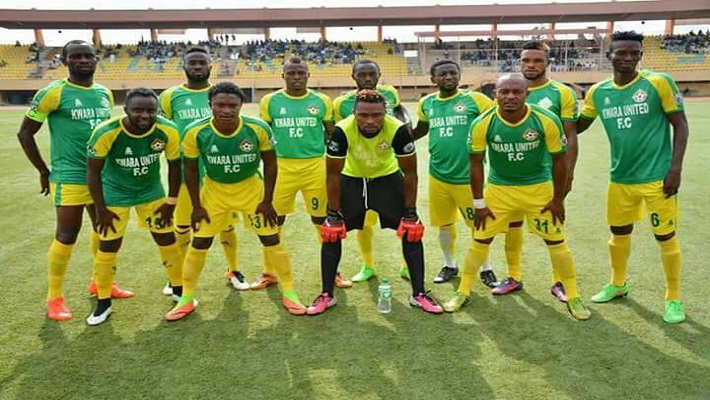 Suspected enchanters caused a stir at the General Seyni Kountche Stadium, Niger Republic on Sunday evening as they sprinkled blood on Kwara United players and on their footpath.

The Nigerian boys were in Niger to honour the second leg of the preliminary round of the CAF Confederation Cup against AS Douanes when they were attacked by the juju men suspected to be fans of the local side.

Kwara United was heading into the match with a 3-0 advantage from the first leg.

According to the video posted on YouTube by Sport Flames, the incident occurred when the Kwara United team bus arrived at the stadium prior to the kickoff. Unknowingly to the The Harmony Boys, two jujuists, one carrying a calabash of fresh blood, and the other a goat on leash had set an ambush for them.

They suddenly began spraying blood on the players as they alighted from the bus, as well as on their paths, leaving them bewildered and terrified. The assailants eventually ran away when they were confronted by one of the officials of the Nigerian contingent.

It is yet to be confirmed the source of the blood that was poured on the players.

No security official or policemen were on ground when the incident happened.

Meanwhile, the match ended in a goalless draw but Kwara United progressed to the second round of the qualifiers on a 3-0 aggregate score and will face RSB Berkane, who are the defending champions of the Confederation Cup for a place in the group stage.

At the time of filing this report, neither AS Douanes, Kwara United nor CAF, who are the organiser of the competition, have released a statement concerning the incident.