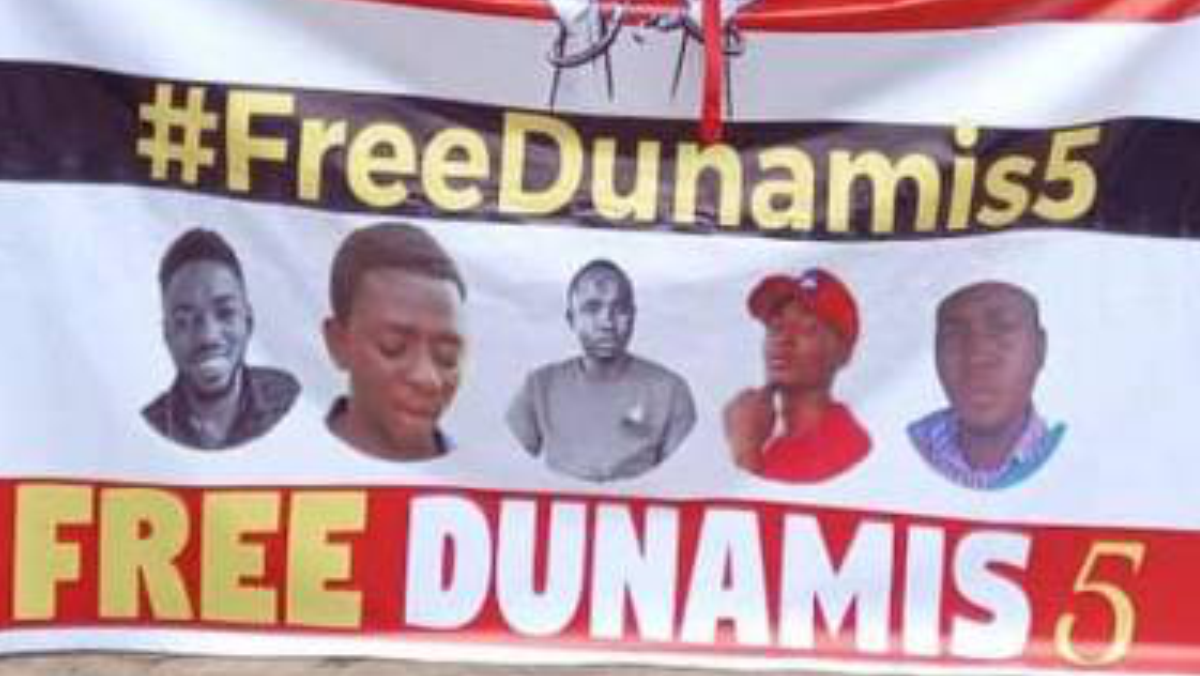 The Abuja Division of the Federal High Court has ordered State Security Services, (SSS) to release five worshipers who were arrested at Dunamis International Gospel Centre on July 4 for allegedly wearing #BuhariMustGo t-shirts.

Justice Chikere ordered that the SSS should release the applicants with immediate effect.

They had sued the SSS, President Muhammadu Buhari, the church’s pastor-in-charge, Pastor Paul Enenche and others for alleged unlawful arrest and detention.

The plaintiffs, who urged the court to declare their arrest and detention unlawful, also asked the court to award N10 million, each, in damages, for the violation of their fundamental rights.

According to him, the rights are guaranteed under Sections 35, 38, 39 and 42 of the 1999 Constitution (as amended) and under Articles 1, 2, 6, 8 and 9 of the African Charter on Human and People’s Rights Ratification and Enforcement.

On Sunday, Peoples Gazette reported how one of the detainees, Samuel Iwatonaiye, who is visually impaired, has been denied medical attention despite efforts by his lawyer and family members.

The matter has been adjourned until August 2 for hearing.