Professor Ndubuisi, along with his police orderly, was shot dead along the Centenary City Junction axis of the Enugu-Port Harcourt expressway. 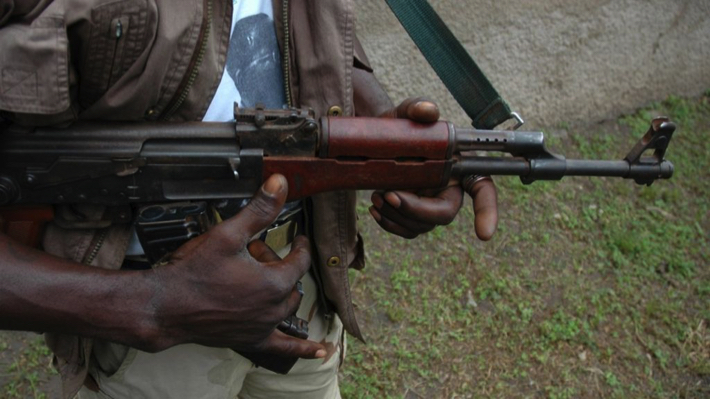 A gunman used to illustrate the story

Professor Ndubuisi, along with his police orderly, was shot dead along the Centenary City Junction axis of the Enugu-Port Harcourt expressway.

The driver of the vehicle reportedly sustained injuries and has been taken to an undisclosed hospital for medical attention.

The incident is coming barely 48 hours after the Chief Executive Officer, AutoEase, Ifeanyi Okeke, was also killed about two kilometres away from the point of the latest incident.

Mr Ndukwe however said that information concerning the incident was still sketchy.

According to him, the incident happened at about 4:00 p.m.

“Information surrounding a shooting incident today at about 1600hrs, along Enugu-Port Harcourt expressway, said to have led to the death of a man and his police orderly is still sketchy.