Emefiele files lawsuit, seeks to run for president without resigning as CBN governor

The suit was filed on Monday at the Abuja Division of the Federal High Court by Mr Emefiele’s lawyer Mike Ozekhome. 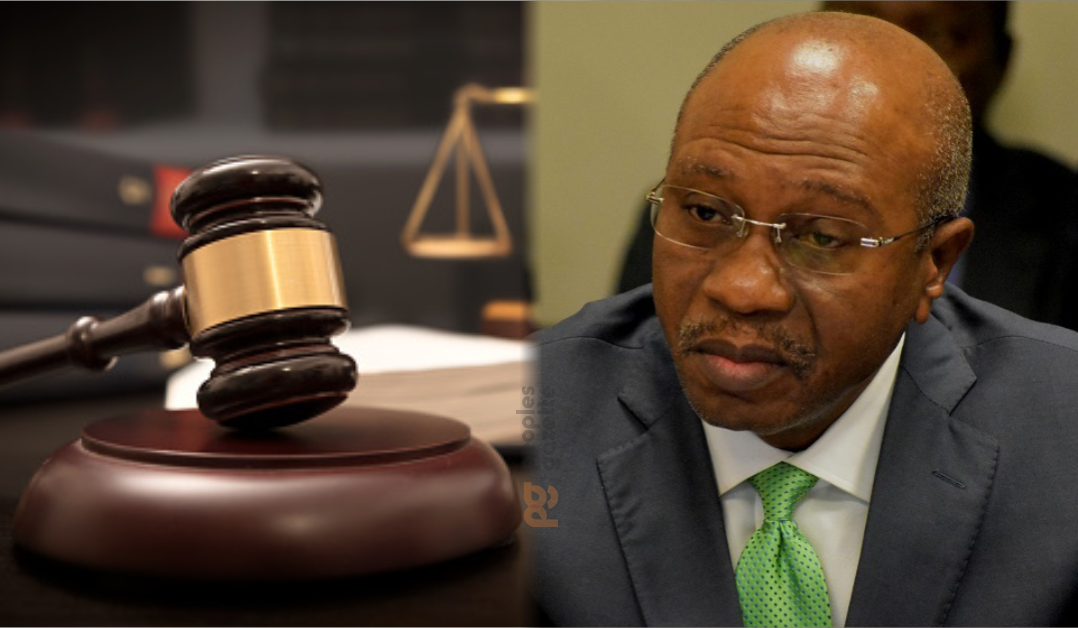 Governor Godwin Emefiele of the Central Bank of Nigeria has filed a lawsuit seeking clarification as to whether or not he could remain in office while running for president.

The suit was filed on Monday at the Abuja Division of the Federal High Court by Mr Emefiele’s lawyer Mike Ozekhome.

Mr Ozekhome confirmed the development to Peoples Gazette on Monday morning, saying: “I have just completed filing the suit on behalf of my client and we are still in court now.”

The CBN governor has come under intense public pressure to step down from office should he be adamant to seek the presidency next year.

The CBN Act prohibits the governor from taking up any other assignment or vocational work.