With the unfortunate development, the kick-off of the match has been delayed until normalcy is restored. 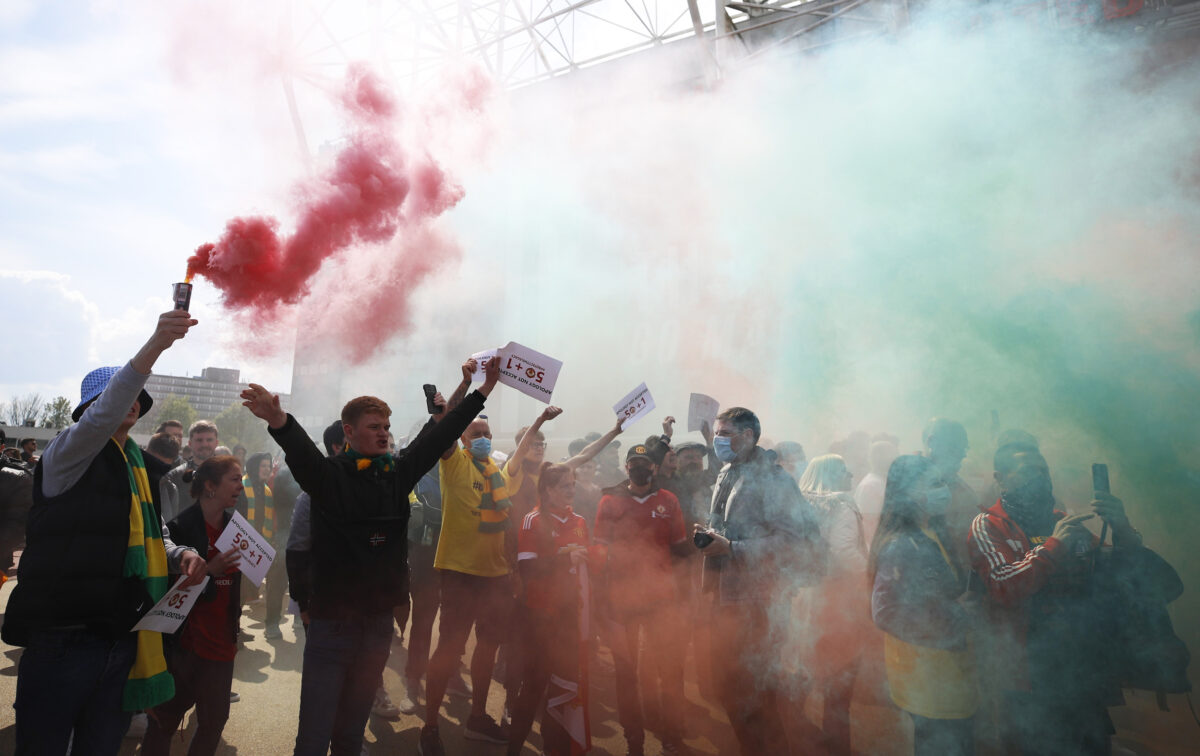 Fans of Manchester United, numbering about 200, invaded the Old Trafford pitch ahead of the team’s Premier League clash against Liverpool on Sunday, BBC reports.

The invasion was in protest against the Glazer family’s ownership of the club and the club’s initial intention in April to join the failed European Super League along with five other EPL clubs, a decisions which was eventually reversed.

There are reports that Manchester United and the five other fellow Premier League clubs could be reprimanded for the failed attempt.

Also, following the controversial ESL proposal, the club announced that its executive vice chairman, Ed Woodward, would step down from his position at the end of the current season.

The invading fans were taken away from the pitch on two occasions while other protesters were outside the hotel the United players resided to prepare for the game.

Outside the stadium, fans with anti-Glazer chants could be seen entering the ground unhindered. Other fans who were in green and yellow scarfs, entered through the megastore end with many of them on baseball caps while their faces were covered.

As some entered the pitch throwing chairs, a few of them made their way to the tunnel but couldn’t make it into the dressing room as they were repelled and the pitch eventually cleared.

With the unfortunate development, the kick-off of the match has been delayed until normalcy is restored.