PSG, Arsenal and Real Madrid have all shown interest in Sterling while Chelsea, Real Madrid and Arsenal have also been reported to be interested in Riyad Mahrez. 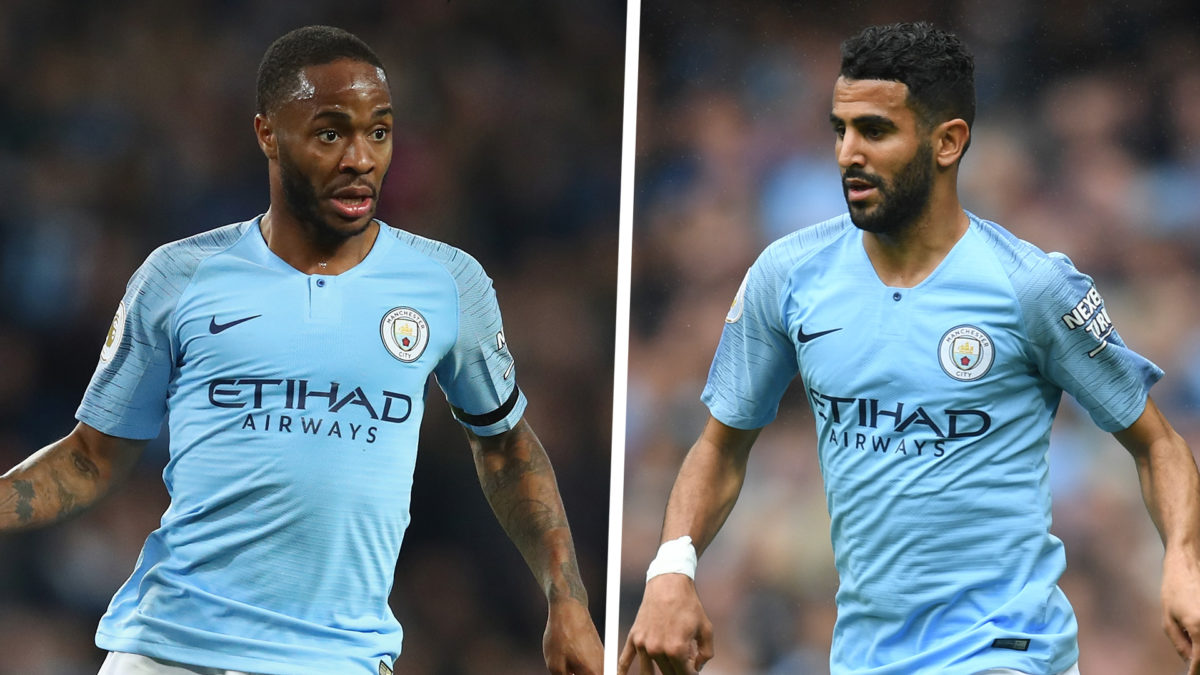 English champions Manchester City have placed Riyad Mahrez and Raheem Sterling on the transfer list for interested teams who wants to secure their services.

Pep Guardiola gave his nod to their departure in the quest to secure finances to buy Jack Grealish and Harry Kane who have been reported to cost around £180 million.

DailyMail reported that the Algerian and Englishman will both give way in Sheikh Mansour’s quest to win the UEFA Champions League.

26-year-old Sterling has scored 78 League goals in 195 appearances for the Citizens while hitting double digits goals for the past four consecutive seasons since 2017-2018.

In a record breaking 2015 move, Sterling was bought for £50 million from Liverpool by Manchester City who were impressed by his runs, dribbles and skills at Anfield.

The Algerian on the other hand scored 27 League goals in 87 appearances after becoming the most expensive African player in a £60 million move in 2018.

On the continental level, Mahrez made greater exploits by winning both the CAF and BBC African footballer of the year in 2016 along with winning the African Nations Cup with Algeria in 2019.

Mahrez had nine goals with Sterling’s ten in the successful 2020-2021 Premier League campaign which they clinched.

For Sterling, it was a downgrade from the three previous seasons where he scored 18,17 and 20 goals respectively.

Both players were however not as impressive to help the Citizens win the UEFA Champions League which they lost to Chelsea at the final in Istanbul, Turkey.

PSG, Arsenal and Real Madrid have all shown interest in Raheem Sterling while Chelsea, Real Madrid and Arsenal have also been reportedly interested in Riyad Mahrez.