“The joint patrol team of Operation Puff adder II and IGP’s Intelligence response engaged the bandits in a gun duel.” 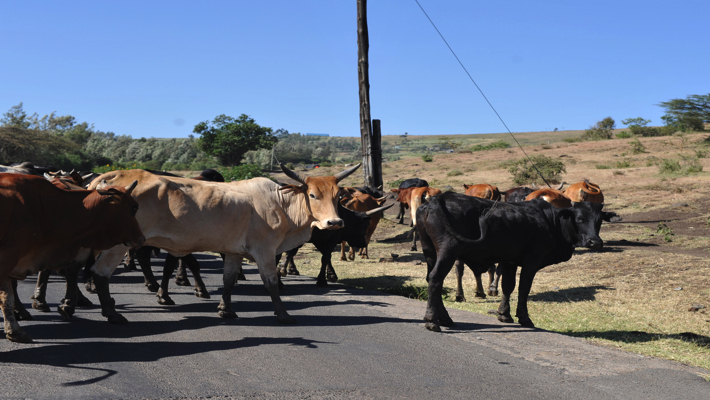 The Police Command in Kaduna on Friday says it has arrested two suspected bandits following an operation in Zaria.

The Command in a statement by its spokesperson, ASP Mohammed Jalige, said that 137 rustled cows were also recovered.

” On April 25, at about 9:15 p.m., the Kaduna Police Command received a distress call through DPO Zaria city that armed bandits in their numbers invaded Low-cost Housing Estate, Zaria and were shooting sporadically.

“The joint patrol team of Operation Puff adder II and IGP’s Intelligence response engaged the bandits in a gun duel.

“Unfortunately, after the fire ceased it was discovered that two persons were abducted to an unknown destination. Four children sustained varying degrees of injuries and were treated and discharged,” he said.

Mr Jalige said that two of the bandits were arrested and currently undergoing investigation.

“Efforts are being intensified to ensure the safe return of the kidnapped victims,” he said.

The spokesperson also said the command on April 20, received a complaint through DPO Afaka on activities of cattle rustlers.

“138 cows were rustled by bandits to an unknown destination.

“To that effect, efforts were not spared in ensuring that the cattle were recovered.

“Police operatives on April 29, succeeded in the recovery of 137 cows out of 138 and subsequently handed them over to their owners,” he said.

The spokesman said that efforts are ongoing to apprehend the culprits.

Mr Jalige also said that police operatives on April 27, rescued a pastor and his four children who were kidnapped.

“We are able to rescue the pastor and his four children, but unfortunately the bandits whisked away the wife into the forest.

“On search of the scene, 20 empty shells of AK47 7.62x39mm caliber of ammunition were recovered.

“Investigation is ongoing while tactical operations and intelligence gathering is ongoing to ensure the victim is rescued unhurt and a possible arrest of the perpetrators to face the full wrath of the law,” Mr Jalige said.

The spokesperson attributed the successes recorded to the cooperation from the people and prompt report of the incidents.

He called for more cooperation from members of the public to facilitate prompt intervention in salvaging security threats.