Kano activist chickens out of protest after SSS grilling

After she was quizzed by the SSS, Ms Ahmad said she is “worried about the safety of people and I don’t want anyone to be hurt due to such action.” 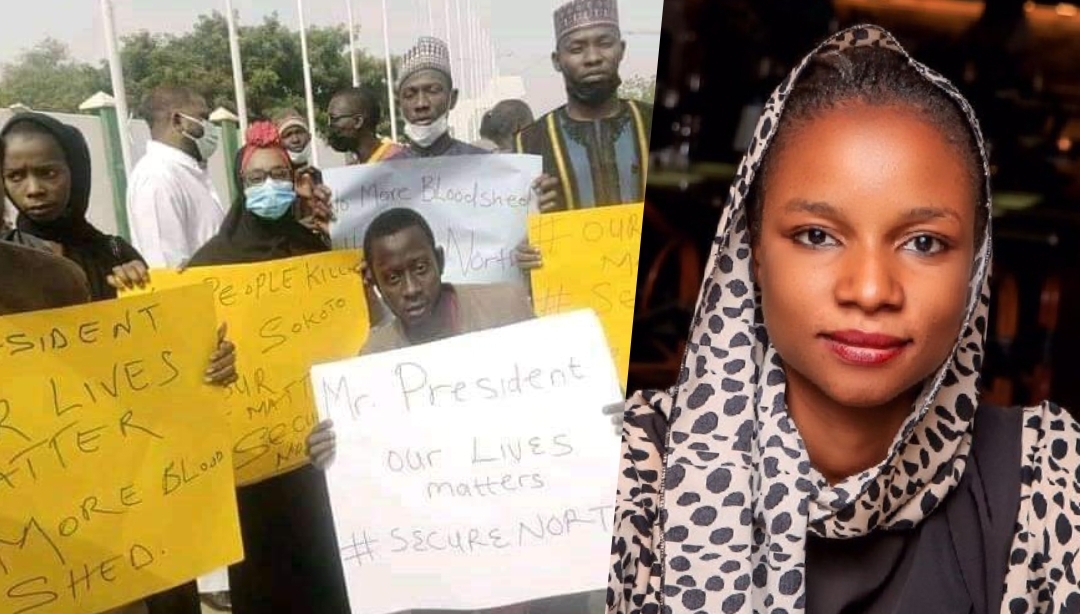 Zainab Naseer Ahmad, one of the conveners of protest against insecurity in Kano, has dissociated herself from the protest after she was invited for questioning by the State Security Service, SSS.

“I want to let people know that from today I’m dissociating myself from the protest that started today, I’m kindly advising my Kano people to stay away from tomorrow’s protest,” Ms Ahmad said.

In a Facebook post after her invitation by the SSS, Ms Ahmad said she is “worried about the safety of people and I don’t want anyone to be hurt due to such action.”

“I heard about the plans to hijack and cause chaos for some political interest. I advice us to stay at home for our SAFETY. I was invited for a friendly discussion by the DSS It is not about me or you rather the interest of the state,” she added

Scores of youths on Friday marched across states in the North in frustration over the worsening insecurity that has beset the region.

In the region’s most populous state, Kano, hordes of youth demonstrated against the horrible death of 23 people killed in Sokoto.

Bandits on Monday ambushed a 42-seater bus at Sabon Birni, Sokoto, opening fire on the travellers. The shots caused a conflagration and 23 persons died as the vehicle went up in flames while others sustained varying degrees of injuries, the state government said.

Assassins on Wednesday killed a serving commissioner in Katsina in his home. In Niger, no fewer than nine persons were murdered by attackers during early morning prayers on Thursday. Many others were injured.

President Muhammadu Buhari Friday sent a delegation to Sokoto and Katsina States. He had jetted to Lagos for a political engagement hours after the killings in his northwestern base.

“I have dispatched a high-level delegation of Security and Intelligence chiefs, led by the National Security Adviser, Major General Babagana Monguno (Rtd), to Sokoto and Katsina States, in response to the spike in the activities of bandits in the two States,” Mr Buhari said.