The owners of the warehouse are allegedly mixing original fertilisers with sand, repackaging and selling them to farmers. 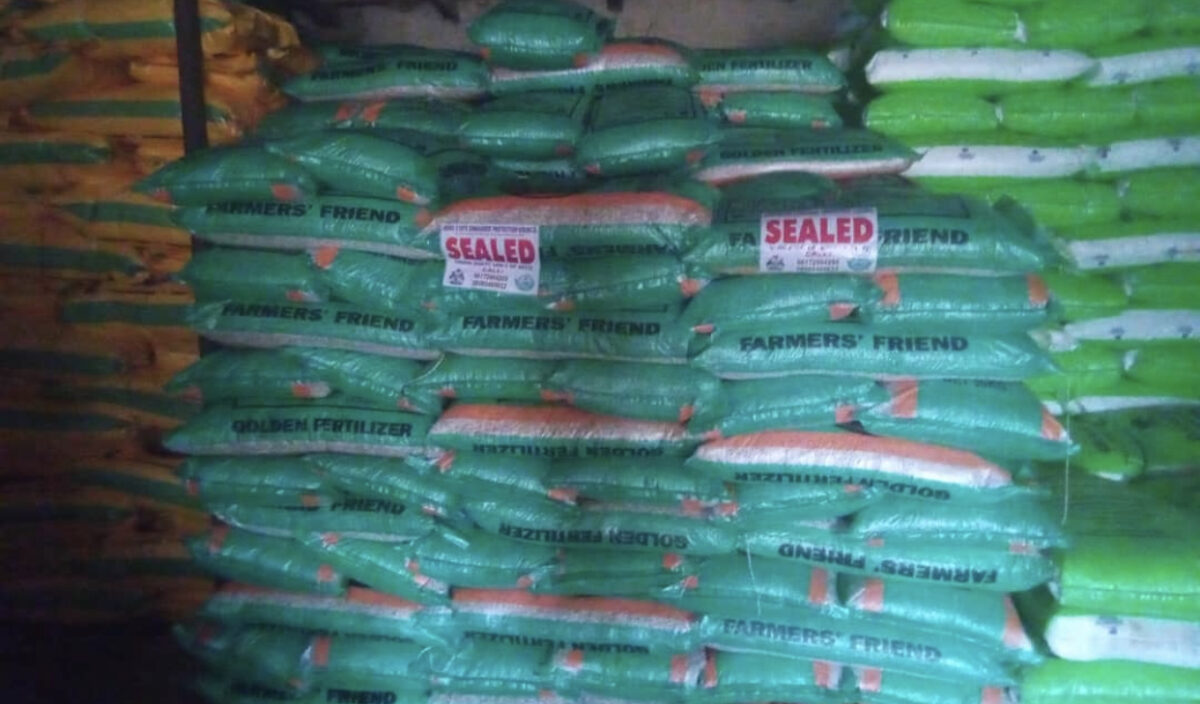 The Kano government has discovered suspected adulterated fertilisers hidden at a warehouse in Gunduwawa in Gabasawa Local Government Area (LGA) of the state.

Baffa Babba-Dan’agundi, the acting managing director of the State Consumer Protection Council, said this in a statement by the spokesperson for the council, Musbahu Yakasai in Kano on Tuesday.

“We received information from some good samaritans last week that the owners of the warehouse were allegedly mixing original fertilisers with sand, repackage it and sell it to farmers.

“Our team immediately swung into action in our efforts to protect the people of Kano from using unwholesome, fake and adulterated products,” he said.

Mr Yakasai said that the council also intercepted a trailer loaded with expired semovita at Singer Market and also uncovered another warehouse full of adulterated fertilisers in Garko LGA.

He commended residents and urged them not to relent in providing the council with credible information of unscrupulous people and their businesses.