Contrary to provisions of the Terrorism Act, Nigeria’s presidency said Mr Pantami’s links to terrorism is less grievous and should be forgiven. 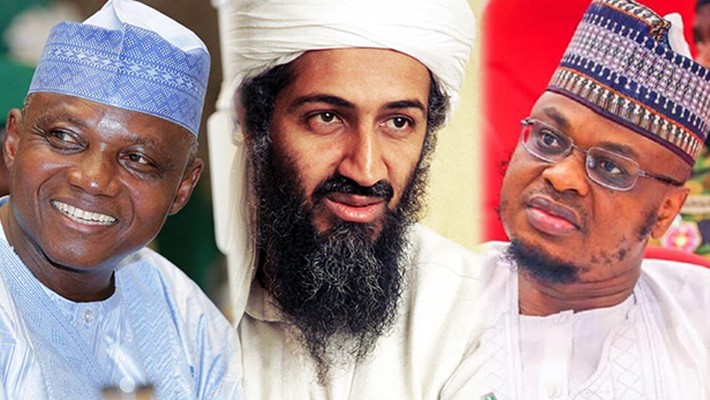 Garba Shehu, a presidential spokesman, says that the position of Muhammadu Buhari’s regime on the extremist views of Isa Pantami, would have been different if the communication minister was involved in a certificate forgery like ex-minister of finance, Kemi Adeosun.

During his appearance on Channels TV on Friday, Mr Shehu said Mr Pantami’s extremist views and alleged ties with terrorist groups is a lesser crime than certificate forgery.

As Mr Pantami’s radical preachings continue to generate outrage, Nigerians have asked him to emulate Mrs Adeosun who resigned as a minister in 2018 after it was uncovered that she forged her National Youth Service Corps (NYSC) exemption certificate.

Amid the outcry, Mr Buhari on Thursday acknowledged that Mr Pantami supported terrorist organisations and incited the Muslim communities against the Christians in the North through declaration of jihad and fatwa but insisted that the “apology” of the minister was enough to heal the wounds and console the victims of his divisive past.

According to the provisions of the act, any person who commits any of “the offences referred to in this Act, commits an offence under this Act and is liable on conviction to maximum of death sentence.”

While many criticised the position of the president on the issue, Mr Shehu said that even though the cases of Mrs Adeosun and the communication minister is alleged criminality, Nigerians who have failed to forgive Mr Pantami are the major problems of the country.

Asked why Buhari’s regime allowed the ex-finance minister to go, but defended Mr Pantami, the presidential aide said “In the second case which is that of Pantami, you are probing the thoughts of what Americans call ‘McCarthyism’; you search the inner recesses of the minds of individuals, bring out things they have said, or they are about to say, or you think they would say, and use that against them.”

To Mr Shehu, the president’s position would have been different if the communication’s minister was also involved in certificate forgery.

“If Pantami had forged a certificate before coming into office, the attitude (of the presidency) would have been different,” he said, maintaining that the minister is a changed person.

“We don’t remain in the same position. Don’t assume that things cannot change. If the one who created you gives it to you that from being bad, you can become good, what says you should deny some other person this right?”

He further noted that the continuous outcry and criticism of Mr Pantami explains that some Nigerians are intolerant and are the country’s problem.