With the way African nation-states are falling over Chinese loans, I foresee an Africa that will relapse into Chinese colonial territory in less than thirty (30) years from now. 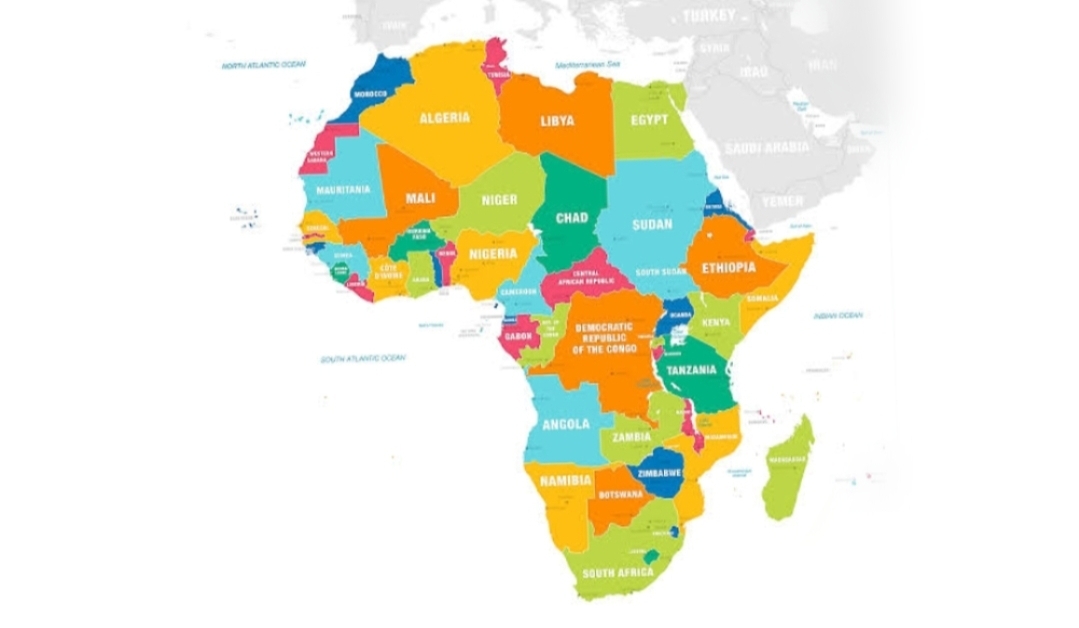 At the dawn of the Industrial Revolution in Europe came the ‘Scramble for Africa’ which in turn birthed the division of Africa amongst the big European powers. This culminated in Colonialism that endured in Africa for almost a century before it receded with the end of the 2nd World War.

With the termination of colonialism, it was expected that Africa would begin the process of economic revolutions. Conversely, this was not to be as internal political conflicts, most of which had external sponsorships, reared its head to stunt the growth of the emerging nations. This culminated in several military coup d’états across Africa that swept the first crop of African leaders from power.

Today, there is amalgamation of opinion that Africa is still under the stranglehold of the West, even though independence is said to have been granted all African nation-states. The above scenario is what Kwame Nkurumah dubbed as Neocolonialism. The central theme in Nkurumah’s book, Neo-colonialism: The Last Stage of Imperialism, is that, even though on the surface, African nation-states appear to have gained independence, with all outward trappings of sovereignty granted them, in reality, their economic and political policies are dictated by some external forces.

According to Nkurumah, such Western subjugations sometimes come in the form of exercise of military might, while in some cases neo-colonial domination come in the form of economic annihilation of neo-colonies. Nkurumah contends further that economic aid to Africa is exploitative and seeks to serve Western interests only. He believes that neocolonialism is the most atrocious model of imperialism as it strips the West of any form of responsibility for its controlled territories.

Nkurumah also maintains a persuasive argument that the division of Africa into pieces of small nations was one of several landmines the West laid in Africa before their departure. A decapitated and struggling Nigeria, with her huge population, would have however defeated Nkurumah’s argument that the partitioning of Africa into several small nation-states helped to stifle its growth, the argument nonetheless still remains sound in the face of Nigeria’s 200 million population being a paradox. Instructively, Nigeria is made up of disparate nations deliberately cobbled together for British economic and administrative convenience only.

Opinion is rife that the 1914 amalgamation was designed never to succeed. Awolowo spoke hugely to this when he wrote that Nigeria is merely a “geographical expression” meant to define persons who live in the state called Nigeria and never was designed to be a nation.

In another sense, other scholars have also labored to espouse the effects of neocolonialism in Africa from other different standpoints like economic, cultural and literary viewpoints. Economically, scholars are agreed that the neo-imperialist nations use some global institutions like World Bank, IMF, IFIC to grant loans to desperate African nations under some despicable conditions.

On the erosion of African culture and literature, blames have also been heaped at the doorsteps of the West. It is argued that the introduction of things like Nobel Prize for Literature, for example, are ploys by the West to dictate the tenor of literary narratives churned out from the neo-colonized territories of Africa as it is the prerogative of the West to sit to consider what qualifies for such prizes.

Little wonder Things Fall Apart, Chinua Achebe’s classic that was translated into more than 50 languages globally never won a Nobel Prize. Things Fall Apart was more or less a protest work against the Western incursion into the African way of life and it was expected that the West was not going to give such a masterpiece its due recognition.

But sadly, it is to be noted that there is the collusion of succeeding African leaders who have been working as agents of neocolonial masters and who have in the process helped to suppress the growth of Africa in a number of ways. Embedded in the latter claim is the concept of self-colonization.

This has been defined to mean the use of the citizens of the neo-colonized states to subjugate their own citizens by ensuring that the bidding of the West is carried out. It is therefore against the backdrop of the above concept of self-colonization that this intervention will be circumspect in heaping a wholesale blame at the West on the woes of Africa.

Nkurumah, in his book, was in this regard very introspective in his approach when he contended that if African leaders and the countries of Africa could unite, the West would have no option but to readjust its approach to Africa. Nkurumah was indeed consistent in his quest for African unity as his Africa must unite 1963 speech also made allusions to the need for African leaders’ unity against the West. Amidst the above exhortations, Nkurumah did not spare African leaders in his book as he gave a strong knock on the leaders of the continent for their collusion in neocolonialism in Africa.

This knock tends to conform to the above concept of self-colonization which seeks to see neo-colonialism from the perspective of employment of internal elements by some neo-colonial forces to subjugate African people.

Walter Rodney, another Pan-African author, in his work, “How Europe Underdeveloped Africa”, also tried to, after excoriating the West for their imperialist approach to Africa, maintain that African leaders were never to be exonerated for the supposed evil deeds of the West as the West finds ready accomplices in African leaders.

However, notwithstanding Nkurumah’s and Rodney’s meditative remarks and exhortations to African leaders, the West’s overarching economic subjugation of Africa are inexcusable. For example, the location of reserves of the central banks of about 14 French-speaking African countries in Paris is a complete erosion of the sovereignty of those supposed independent territories. Even though one might be tempted to blame the French-speaking African leaders for acceding to such treaty, in reality, failure to play balls could even be direr for such African leaders.

Koudou Laurent Gbagbo, former Ivorian President, has one or two experiences to share with us in that regard. One does not also need to look so far to locate the reasons behind most of the recent coup d’états taking place in West Africa, most of which in Francophone West Africa.

Even though one would readily blame France in the above Federal Reserve debacle, how indeed does one explain to the students of African Affairs that the official languages of African Union (AU) are Arabic, English, French, Portuguese and Spanish? It was only recently that Kiswahili, the only language indigenous to Africa, was added to the pack. But then what do I expect from a continent so castrated to the point that the biggest shareholders in its apex bank, the African Development Bank (AFDB), are the United Kingdom, the United States and Japan with 14%, 6.5% and 5.4% respectively.

As already argued above, the West uses the Bretton Woods Institutions like the World Bank and IMF to strangulate Africa under the yoke of heavy loans. And this has in the past led some notable African leaders, like Thomas Sankara, former President of Burkina-Faso, to caution African leaders to be wary of their penchant for resort to foreign aid.

Sankara argued that one who gives aid definitely exercises control over the debtor. In short, Bryan J. Williamson captured Sankara’s admonition more succinctly when he wrote that “Captain Thomas Sankara and his colleagues attempted to establish (or invent) a nation of people living against the tradition of dependence on foreign aid”. Crucially, it is worth mentioning however that a country like China, a latter-day parasite on Africa, has since joined, in a more lethal manner, in this neocolonialism across Africa. China’s loan disbursements across Africa come with subhuman conditions. China has managed to seize national assets in several African countries, including in Zambia, for failure of the countries to repay loans. This appears like a deliberate move to recolonize Africa by China.

Mercifully, the West appears to even be more compassionate than China as they manage to placate their victims with some ameliorating policies that tend to, in some cases, assuage the sufferings of their prey. For example, the Paris Club which seeks to come between the creditor and debtor nations has intervened in a number of cases to renegotiate loan conditions for African countries.

Nigeria, for example, benefited from this in 2005 when the country had her USD$30 billion debt relieved in an agreement that culminated in the creditors cancelling USD18 billion after the country repaid USD$12 billion to the Bretton Woods Institutions. Again, even though the West is often very complicit in crisis and conflicts in Africa, they nonetheless go ahead to show some bits of human face by using some UN institutions like UNHCR to give aid and humanitarian assistance.

Against the above background, this piece is therefore meant to provoke African leaders into a deep reflection on where Africa currently is and where they dream to take the continent to in the foreseeable future. This writer is persuaded to agree with Nkurumah, Rodney and Sankara that the solution to Africa’s problems is in Africa; it is neither in the West nor in China.

With the way African nation-states are falling over Chinese loans, I foresee an Africa that will relapse into Chinese colonial territory in less than thirty (30) years from now. But it is unfortunate that by then the crop of current thoughtless African leaders that are fast driving us back to colonialism would all have long gone by then. Therefore there is no better time for African citizens to begin to question the decisions of their leaders than now!

Asogwa, a lawyer and foreign relations expert, wrote this piece from Abuja and can be reached at elumaasogwa@gmail.com.