Ketanji Brown Jackson has become the first Black woman to be sworn in as a U.S. Supreme Court justice. 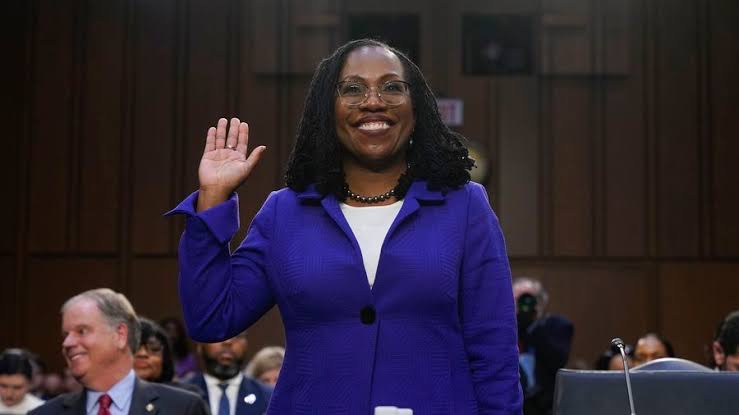 Ketanji Brown Jackson has become the first Black woman to be sworn in as a U.S. Supreme Court justice.

The swearing-in event took place in the West Conference Room at the Supreme Court, in front of a small gathering of Ms Jackson’s family, including her two daughters and her husband, Dr Patrick G. Jackson.

“It has taken 232 years and 115 prior appointments for a Black woman to be selected to serve on the Supreme Court of the United States, but we’ve made it! We’ve made it — all of us,” Ms Jackson said.

Ms Jackson was confirmed in April after the Senate voted 53 to 47 on her nomination. She is replacing Justice Stephen G. Breyer, 83, who will be stepping down after the court’s current term on Friday.

She was born in Washington, D.C., and grew up in Miami. She graduated from Harvard College and Harvard Law School, Justice Breyer’s alma mater, and clerked for him during the 1999-2000 Supreme Court term.

Ms Jackson served eight years as a federal trial court judge and was confirmed in June 2021 for a seat on the US Court of Appeal for the District of Columbia.