Awemi Maisamari said all witnesses so far emphasised how a helicopter was used to coordinate the attack, and the details they supplied have been documented. 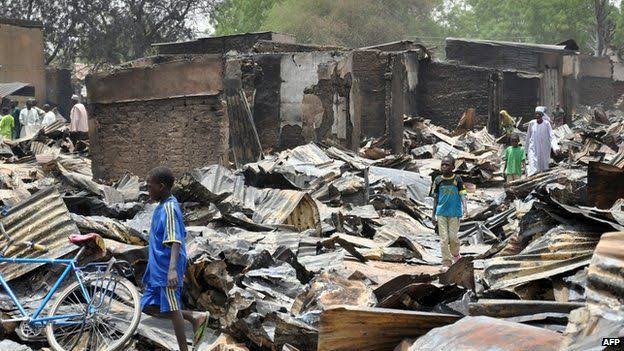 Videos taken in the attack’s aftermath showed charred remains of bodies and properties across the predominantly Christian communities. Churches and houses were razed, videos shared with Peoples Gazette showed.

“We have been piling up fatalities to be sure of the accuracy of our information,” Mr Maisamari said. “This took us several days to be able to get the information out.”

The community leader said fatalities may rise as more bodies are discovered. Several villages were also abducted by the attackers, who have for years waged a brutal campaign to seize rich grazing lands across Southern Kaduna and other parts of central Nigeria.

Mr Maisamari said all witnesses so far emphasised how a helicopter was used to coordinate the attack, and the details they supplied have been documented.

“We have no doubt that the attackers had the support of a helicopter,” Mr Maisamari said. “But how a helicopter could be used to carry out a massacre without collusion or incompetence of security agencies is a critical question that must be answered.”

“Governor El-Rufai didn’t come for burial. He didn’t send condolences,” Mr Maisamari said. “We are begging the government to stop these attacks, we cannot be left at the mercy of these killers.”

A spokesman for the governor did not return a request seeking comments. A police spokesman in Kaduna said a statement will be sent but did not do so as of the time of filing this report.

Mr El-Rufai has faced a hard time resolving the crisis, which escalated under his administration that began in 2015. He also reportedly paid state funds to pacify the killers and accused Southern Kaduna residents of provocative rustling of nomadic Fulani livestock.