Mr Zakari noted that the committee entertained 12 petitions during its sittings. 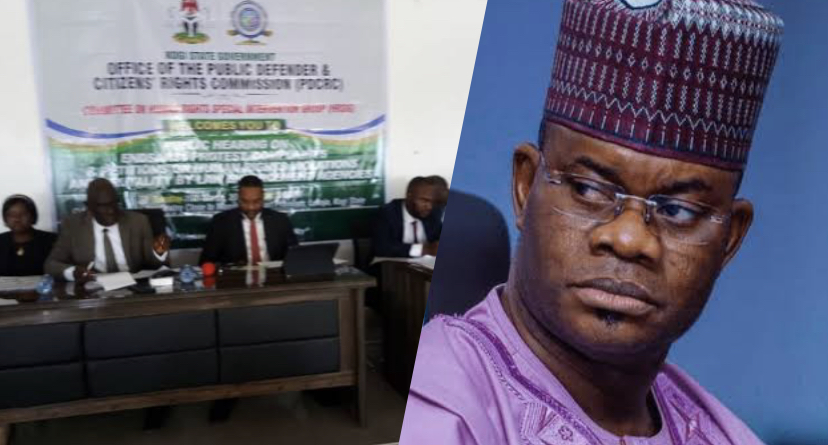 The Public Defender and Citizens’ Rights Commission (PDCRC) on Friday submitted its report of the #ENDSARS protests in Kogi to Governor Yahaya Bello.

The protest was held across the country  in 2020.

Abdullahi Zakari, Director General of the PDCRC, while speaking at the event at the Government House in Lokoja, said the commission set up the Human Rights Special Interventions Committee, inaugurated on October 15, 2020, on the directive of the governor.

According to him, the main objective of the  committee is to deal with matters arising from the #ENDSARS protests in 2020.

Mr Zakari said the report contains “appropriate recommendations to the government on what to do.”

“We identified the immediate and remote causes of the protests and also made recommendations for the purposes of implementation, so that such occurrence will be minimised, if not completely stopped, in years ahead,” he said.

Mr Zakari noted that the committee entertained 12 petitions during its sittings.

”In all, the recommendations would go a long way into resolving some of the issues that undermined the #ENDSARS protests that swept across the country,” Mr Zakari said.

Governor Bello commended the committee for a job well done, assuring that the state government would look into the recommendations for implementation.

He was represented by Dr Folashade Ayoade, Secretary to the State Government (SSG) promised.

”I want to assure you that every recommendation therein will be well noted and carried out, because of my strong belief in promotion, protection and enforcement of human rights,” he said.