The experts asked that integrity tests be carried out on Lagos bridges to prevent sudden collapse. 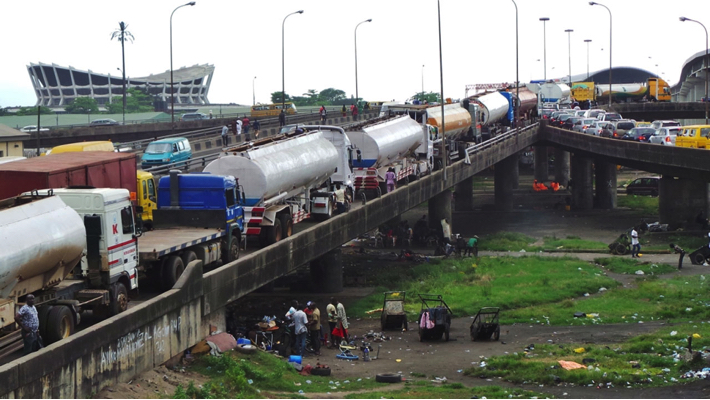 The Society of Energy Administrators (SEA) has raised an alarm over the threat of collapse of several Lagos bridges due to deterioration from dangerous happenings such as fire burns and indiscriminate parking of articulated vehicles on the bridges.

President of the association, Yekeen Adeboye, said on Sunday that several bridges were at the risk of collapse due to indiscriminate parking by articulated vehicles as well as abuse by illegal squatters.

He called for integrity tests on Lagos bridges to ensure they do not collapse suddenly due to the long-time menace of indiscriminate parking.

He also lamented that most of the bridges had been burnt by fire on several occasions causing the government to invest so much in repairs with the threats still existing.

“Any of the bridges could collapse any moment.

We are always relying on God, what are we doing about it?” he said.

He called for the community and border security to ensure safety in Lagos State and its infrastructure were well policed to guide against encroachment, vandalism and destruction.

“Under the bridges are not supposed to be inhabited by anyone.

Living in a place where you are not supposed to be is a crime,” he stated.

The National Secretary, Abayomi Akeem, said that the movement of petroleum products by rail was important for decongesting the highway.

He commended the federal government for several ongoing road projects “especially on the Apapa axis’ which could resolve the problem in addition to rail.

The SEA members called for fortification of the Nigerian Ports Authority’s (NPA) Electronic Call up System to tackle the menace while appealing to the federal government to give incentives to the private sector to construct truck parks.

They commended ongoing efforts by the Lagos State Government but called for more empowerment initiatives in collaboration with the private sector to create jobs.

The members added that the reintroduction of night movement for articulated vehicles in Lagos and other parts of the country will reduce daytime pressure on highways.