According to the general manager, the defective buildings have been marked for removal in a bid to end the era of building collapses. 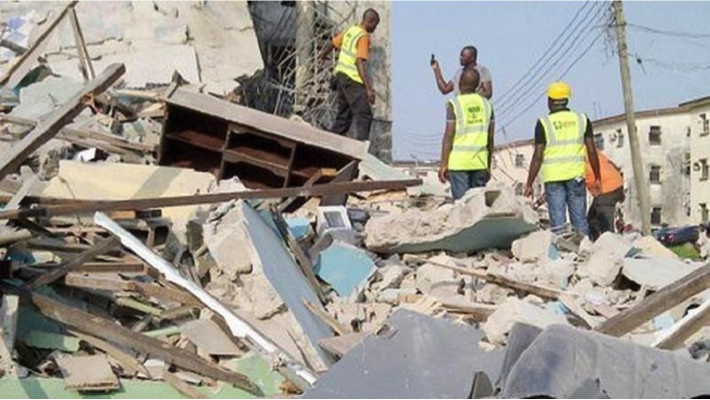 The Lagos State Building Control Agency (LASBCA) says it has demolished a partially collapsed building at No. 19, Church Street, Lagos Island and is set to demolish 70 others.

Speaking at the demolition site, the general manager of the agency, Gbolahan Oki, said it has become urgent to immediately remove the dilapidated and distressed building which was no longer fit for human habitation to prevent collapse.

He said several other defective buildings had been marked for removal in a bid to end the era of building collapses.

Mr Oki noted that his team had earlier visited the distressed building site to get an on the spot assessment and asked the residents to relocate for their safety.

The general manager also said the agency had identified and marked 70 other distressed buildings within the state for removal.

He explained that 20 of the structures were discovered on Lagos Island.

Mr Oki assured that due process would be followed as Non-Destructive Tests (NDTs) will be carried out on affected buildings in order to ascertain their structural integrity.

He added that the test would also determine if the buildings could be renovated or demolished if found not safe for human habitation.

Mr Oki further reiterated that the “government has absolutely zero tolerance for building collapse, hence all building codes regulation within the state would be strictly enforced.”

He added that enforcement would include ensuring all buildings above two floors obtained insurance as contained in the Building Regulations 2019 (as amended).

He warned developers and property owners to always do the right thing by involving LASBCA at various stages of construction works and obtaining all required approvals and completion certificates.

Mr Oki appealed to Lagos residents to help the government achieve its aim of creating a safer state by reporting substandard construction and dilapidated structures within their locality to the agency.