The two-day invitational tournament has, in attendance, para-athletes from Kaduna, Bayelsa and Lagos states. 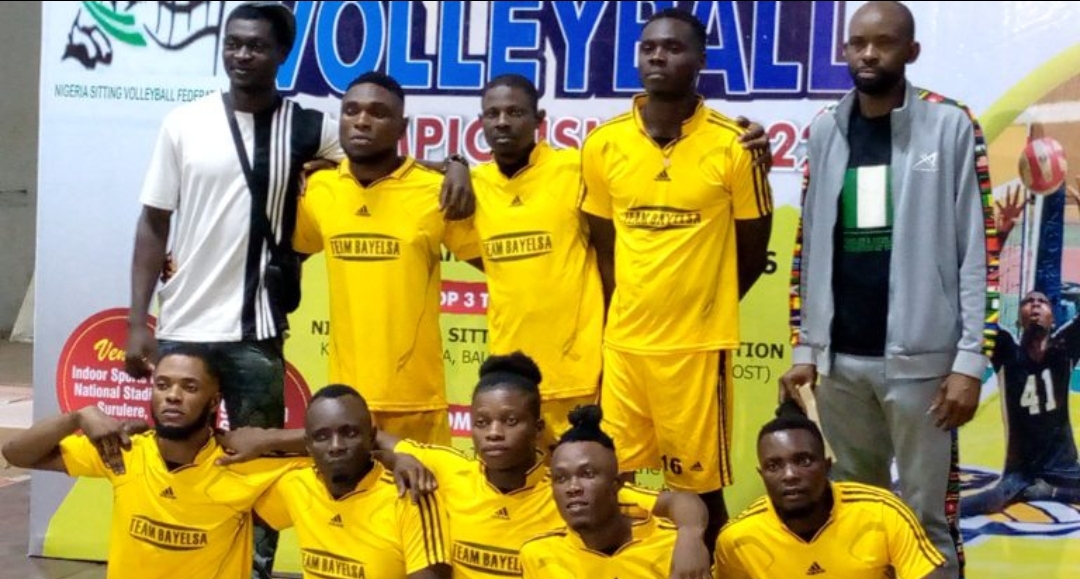 The Indoor Sports Hall of National Stadium, Surulere, once again came alive, as the maiden Legacy Sitting Volleyball Championship kicked off, with over 50 para-athletes and coaches from invited states in attendance.

The sitting volleyball championship is being sponsored by Legacy Volleyball Club, in conjunction with Lagos State Sports Commission (LSSC).

The two-day invitational tournament has, in attendance, para-athletes from Kaduna, Bayelsa and Lagos states as well as the host, Team Legacy.

Chairman of Legacy Volleyball Club, Kayode Ladele, on the sidelines of the match day one, told NAN that the massive turnout at the maiden edition signified a bright future for the game in Nigeria.

“The attendance on the first day is encouraging and I am happy with it. We are already projecting a bigger picture of having all the states of the federation for the next edition.

“Our mission is to take the game of sitting volleyball to enviable heights, give hope to our physically-challenged people and change the narrative from begging to productiveness.

“We at Legacy Volleyball Club have been enjoying the partnership with the private sector. But for this, we want bigger participation from them; they can support us as part of their corporate social responsibilities.

“The states that have started the game earlier are already improving. My dream is for Nigeria to participate in the Olympics with sitting volleyball and come back with a gold medal,” he said.