It was unclear whether or not the soldiers that were mysteriously killed on October 25 have anything to do with ongoing military plots to cover up official complicity in Lekki massacre. 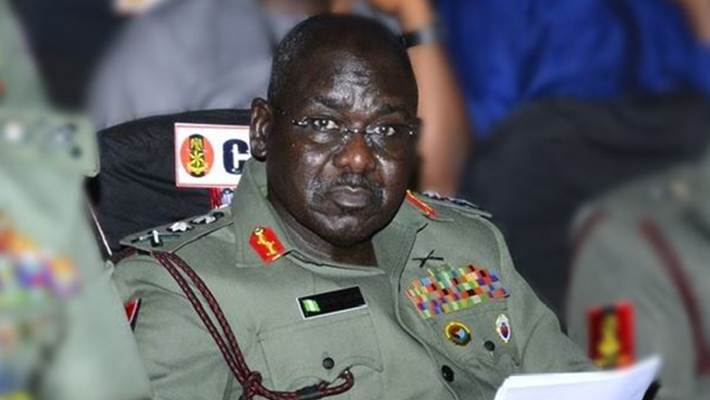 Two months after 10 soldiers attached to the Nigerian Army 81 Division Garrison in Victoria Island, Lagos, were officially identified to have suffered casualties in an undisclosed operation, military authorities have remained tight- lipped about their identities and the entire operation.

On October 27, Peoples Gazette exclusively reported how the Nigerian Army had covertly managed a mysterious operation on October 25, in which at least four soldiers were killed and six hospitalised, five days after scores of unarmed #EndSARS protesters were fatally shot by troops at the Lekki toll plaza.

Military sources, who cited an internal army correspondence, had told the Gazette that the remains of the slain soldiers were deposited at a military hospital in downtown Lagos. Six other servicemen, including a lieutenant, sustained critical injuries and remained hospitalised at the National Orthopaedic Hospital, Igbobi.

The Gazette had withheld the names of the fallen soldiers as part of its policy on allowing that military authorities enough time to formally notify families of fallen heroes.

Relatives of some of the deceased servicemen, however, told the Gazette that two months down the line, no official communication has been sent to them on the whereabouts of the gallant forces who lost their lives in unclear circumstances.

A spokesman for the Nigerian Army has continually declined requests seeking comments on the matter.

Military sources told the Gazette that it was unusual for the military to hide an operation that cost many personnel casualties unless the operation is illegal or worse.

The soldiers who took part in the October 20 massacre of at least nine Nigerians in Lekki have yet to be identified. It was unclear whether or not the soldiers that were mysteriously killed on October 25 have anything to do with ongoing military plots to cover up official complicity in Lekki massacre, which the International Criminal Court and some local authorities have started probing.