Mr Oyetola is seeking a second term of four years, which either Messrs Adeleke or Lasun could deny him. 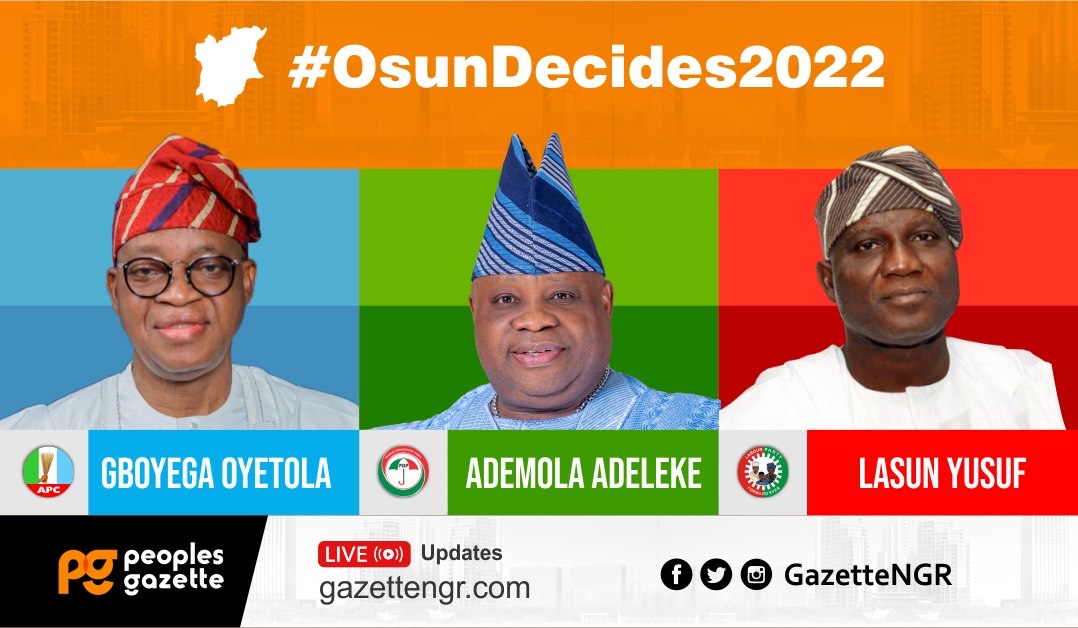 Today, voters across Osun are trooping to the polls to elect their governor for the next four years. The electoral office, INEC, says 988,923 residents have collected their voting credentials and are ready to exercise their franchise from 8:00 a.m. when voting begins until 2:30 p.m. when ballot areas would be shut to introduce the counting phase.

Seventeen political parties are participating in the governorship election this year, but only incumbent Gboyega Oyetola of APC; main opposition Ademola Adeleke of PDP and Lasun Yusuf of Labour Party are seen as viable contenders for a dramatic showdown.

Mr Oyetola is seeking a second term of four years, which either Messrs Adeleke or Lasun could deny him. In total, 15 political parties were cleared to contest the election across the state’s 30 local government areas. Voting and results will hold in 3,763 polling units and 332 registration area centres.

Peoples Gazette reporters are covering from several local governments across the state and will provide real-time updates of the exercise throughout the day. Stay here: